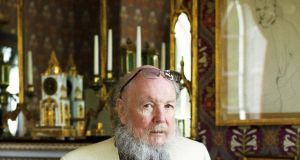 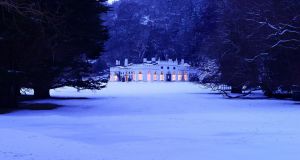 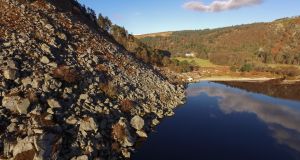 The Guinness trust behind the sale of the €28 million Luggala Estate in Co Wicklow has indicated it will consider offers for the 5,000-acre property that will allow custodian Garech Browne to live there for three months annually.

A statement issued to The Irish Times by the Guernsey-based family trust says it has instructed the selling agents that “the house is a freehold sale and will entertain offers with both vacant possession and non-vacant possession”.

It is understood there is at least one serious offer from overseas currently on the table that would accommodate Mr Browne’s annual occupancy.

However, to sell the house with non-vacant possession – ie a proviso allowing Mr Browne live there annually for a portion of the year – is likely to reduce the €28 million asking price substantially.

It is unclear how much that discount would be, and this would feed into the trust’s final decision on the sale.

It is understood that despite the sale Mr Browne has expressed a preference to retain an annual three-month residency at Luggala until his death. 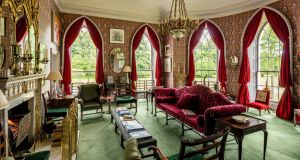 The ultimate decision lies with the trustees of Barbican International Corporation, which is mandated by the family to get the best deal possible for the estate, and Mr Browne has no legal sway over the final sale decision.

However, it is likely to look favourably on Mr Browne’s retention of Luggala as a family home and a cultural hub for Irish music, art and literature for nearly 50 years.

He was also responsible for a painstaking 20-year restoration of the property to pristine original condition.

The decision to place the property on the open market would not have been Mr Browne’s preference, however, according to selling agent Nick Crawford.

“It would be criminal in the eyes of the trust to sell such a property off-market and not achieve the best price possible. Given the interest we’ve seen in the last week, this is proving to be the case,” he said.

Mr Crawford is joint agent for the sale along with David Ashmore of Ireland Sotheby’s International Realty. Both say they have been surprised at the response from prospective Irish and international buyers, and they anticipate the property will sell quickly.

Labour arts spokeswoman Joan Burton said Mr Browne, founder of Claddagh Records, had made an “outstanding contribution to ensuring the preservation of the estate and of Irish culture and music … and unless the State intervenes Luggala could be swept up by a wealthy private investor, with all the uncertainty that might come with that”.

It is located in an area of extreme natural beauty and the wider estate has always been accessible to both walkers and tourists. There is a concern that a new buyer could shut down all access to the area.

Minister of State Michael Ring responded by appealing to the Guinness family to donate the property and land to the State because it could not afford the €28 million asking price.

He added that the Department for Arts & Heritage could only consider it “if the price fell within a certain range”, but his hope would be that the Guinness family would hand it over to the State like they did with Iveagh House and Gardens.