John Magnier gets go ahead to develop Cashel Palace Hotel 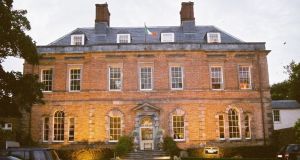 Plans for the redevelopment of the historic Cashel Palace Hotel in Tipperary have been given the go-ahead, subject to conditions. The 18th-century redbrick hotel, which ceased trading in 2015 and was purchased by Irish businessman John Magnier last year for €2.25 million, will be constructed over an 18-24 month period, and it’s anticipated it will begin trading in late 2019.

When complete, the country house hotel – which is among the best-known in the country because of its architectural style, long association with the bloodstock industry and its close proximity to the Rock of Cashel – is expected to employ 100 staff, 40 on a full-time basis.

The full development consists of alterations, extensions and refurbishment of the original hotel, including the former Bolton Library, the schoolhouse, gate lodge, manager’s house, coach house, two restaurants, a bar, function room, spa and leisure centre. The existing house has 19 guest bedrooms and two suites, which will increase to 61 rooms.

A company trading under the name Trevester lodged its plans to refurbish the property in April this year. Mr Magnier and Chinese tycoon Teo Ah Khing are financing the project.

Cashel Palace occupies a 25-acre site which includes gardens running to the boundary of the Rock of Cashel, a leading OPW site that attracted 338,830 visitors last year. It can be accessed via a private pathway through the hotel gardens.

The main house is a redbrick Queen Anne-style building dating from 1730. It was built for the archbishop of Cashel, Theophilus Bolton. Architect Sir Edward Lovett designed the Irish Parliament building, now occupied by the Bank of Ireland on College Green in Dublin. The Cashel mansion was converted for hotel use by Lord Brockett in 1962.

Trevester also acquired famous Cashel pub Mikey Ryan’s which is adjacent to the hotel gardens. Refurbishment work has already started on the pub and it is due to reopen later this year.