Tuite brought on board to enhance residential side of business 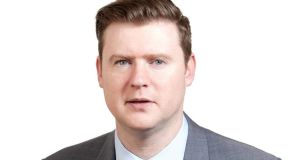 Ivan Tuite has been appointed associate director of the Lansdowne Partnership, a commercial and residential estate agency.

Founded 17 years ago by Fergal Hopkins, the company has several corporate clients on their books, including Kennedy Wilson for whom they act as a residential letting agent for their properties which include the Alliance in the Gasworks, Dublin 4 and Alto Vetro in Grand Canal Dock, Dublin 2.

Mr Tuite, who has made the move from Savills’s residential sector, has been brought on board to beef up the residential side of the business. At Savills he was involved in some of its key sales last year including 16 Elgin Road, the Embassy of Ukraine, for in excess of its €2 million asking price; Dartry House, a period house that had once been owned by William Martin Murphy, Jim Larkin’s nemesis; and 51 Waterloo Road, a three-storey over basement Georgian property subdivided into four self-contained two-bedroom apartments that went for in the region of €1.75 million.

This is a boutique agency that offers a hands-on service to clients, Tuite says. “One of its advantages is that clients get to deal with the same member of staff throughout the sale or purchase. In a bigger agency you could end up dealing with two or three different personnel . . . ”