Owners of historic properties urged to apply for conservation grants 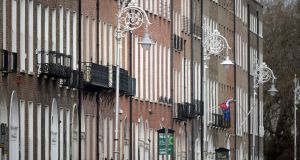 Structures of national and international significance will be given priority over buildings of regional importance. Photograph: Cyril Byrne / The Irish Times

The Irish Georgian Society (IGS) is calling on heritage groups and owners of historic properties to apply for this year’s conservation grants scheme.

Now in its third year, the grant scheme provides financial support for works to structures of significant architectural merit. There is a total of €50,000 available which is funded by the London Chapter of the Irish Georgian Society.

Structures of national and international significance will be given priority over buildings of regional importance, according to Róisín Lambe of the IGS.

Applicants should send general details of the proposed conservation projects by Thursday, March 3rd to igsconservationgrants@gmail.com.

Coronavirus: How to keep children happy, learning and entertained at home
2

‘Canada is now my home, and the home of my 12 children’
Real news has value SUBSCRIBE