Design for life: Why you need to combine kitsch with good taste 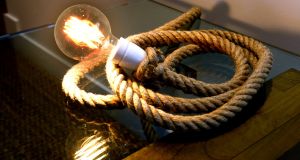 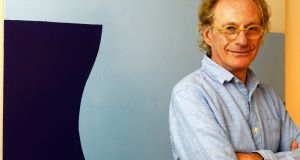 Anthony Peto at his home in Sandymount with a painting by Richard Gorman. Photograph: Cyril Byrne 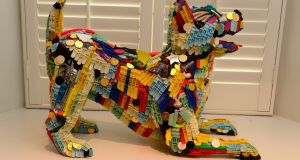 Dublin resident Anthony Peto is a British born designer of Hungarian ancestry who initially studied law, was editor of The Art Magazine in the 1980s in London for several years before leaving for Paris and becoming a chapelier or hatmaker. He has lived in the French capital since 1987 where his thriving business centres on his boutique and workshop near Les Halles.

Over the years he has collaborated with some of the fashion industry’s leading names such as Hermes, Givenchy, Kenzo, Galliano, Gaultier and Balmain. A regular visitor to Dublin, he opened a boutique in South Anne Street last year which has quickly become a destination for hat lovers and which he now has plans to expand. He loves the city and recently set up home with his partner in a Victorian house in Sandymount.

– ideally I like to throw things together that don’t necessarily belong together. You can do that either through intuition or by trial and error and you create something that is personal. You need to combine kitsch with good taste as well – for example, I like copies of things – Victorian copies of French furniture, for example, because you don’t feel precious about it.

Which room do you most enjoy and why?

What items do you love most and why?

Who is your favourite designer?

Which artists do you most admire?

Which travel destination stands out?