Design Dilemma: How to choose and use parquet flooring 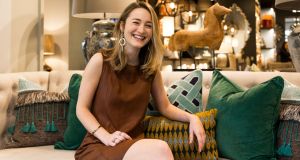 The tactile and timeless flooring that is parquet is having a moment again in interior design but it’s a pricey investment and there are more variables to consider than just wood tones.

Rebecca Roe, an interior designer from Hedgeroe Home has a few pointers she always works through with clients before deciding on a finish. “The three main elements to consider are the direction of the pattern, size of the pattern, texture, and finish of the planks. The most popular trend right now is the classic chevron or herringbone pattern but Basketweave and Brick are also popular and if you want to break rank, the Chantilly pattern, which originates from the castle of the same name built in 1560 in northern France where this design was first applied, is a daring choice,” says Roe.

With regards to the size of your planks, if you have a modern, open plan space, Roe suggests “using larger blocks of wood in smoked/fumed effect on brushed oak boards, (usually topped with an oil to protect the floor), which work well together and feel modern and fresh.”

If you are working with a smaller space or an apartment, “a diagonal wood layout creates the longest lines and makes the room look its largest. And bringing the same floor from corridors into rooms also expands the sense of space. There can be more waste however with diagonal patterns so be prepared to add a little extra to your budget. If your space has a low ceiling I advise using a lighter colour floor, such as a chalk wash which will help bring more light into the room,” says Roe.

For period homes, reclaimed parquet gives a stunning effect, and Roe suggests using raged teak or walnut for their great character. However, she warns that “there is a large amount of preparation involved with reclaimed wood, primarily consisting of stripping the old adhesive completely from the reclaimed block.”

As always with interiors, the devil is in the detail, so when considering parquet flooring Roe advises thinking about whether your floor should have a border, an inlay or letting it flow. “I find that wall-to-wall looks better in most instances but some clients like a border or an inlay of a different type of wood. It is also possible to combine plank and herringbone in the same finish, for example, straight planks in a hall and chevron parquet into the living room which keeps the flow of space right but also works in with the direction of the walls.”

When it comes to suppliers, Roe has the Chetham Timber Company, Mulveys of Dundrum and Tile Style on her list for new, engineered or semi-solid wood, while MM Parquet is her pit stop for reclaimed floor shopping.

Terenure terraced home for €475k is ready to go
7

My daughter has drawn 331 pictures for me during lockdown
10