Conor Pope feared he boarded the property rollercoaster too late when he bought his Stoneybatter home, turns out it was just gearing up 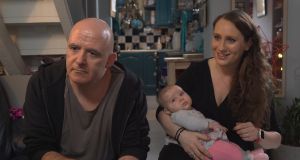 When I bought my small house on Stoneybatter’s Oxmantown Road in Dublin 7 almost 20 years ago, I was pretty sure I’d missed the property boat and I was pretty glum about it. I’d no idea back then that it wasn’t a boat I was catching but a roller-coaster and an absolutely terrifying one at that.

My two up two down runs to 750 sq ft and cost £127,000 (€161,000) and while that sounds cheap in today’s money, it was almost 30 grand more than friends had paid for a virtually identical house on the very same road just 12 months earlier. What was even more frightening was that it was a full £70,000 more than other friends had paid for an admittedly smaller cottage nearby a year before that.

Had I paid even the scantest attention to the history of the neighbourhood, I would not have been surprised because the longest road in what is frequently billed as the hippest urban village in Ireland has been on a journey full of peaks and troughs since houses first started popping up here at the tail end of the 19th century.

But even though the house had made me as poor as a church mouse, I was delighted with myself. I called it a “fixer-upper” when I knew it it was a “falling downer”. It was in bits, literally in bits. There were holes in the roof. The horsehair-plastered walls were stuck together by generations of disgustingly coloured nylon wallpaper which, when steamed off, took the crumbly plaster with it.

The brown lino which covered the brown kitchen and bathroom smelled of cat pee – at least I hoped it was cats – and under the similarly stinking green carpet in the other rooms were endless yellowed pages from ancient editions of the Irish Press which turned to ashes in my hands.

Not having any money to pay someone handy to fix up my falling downer, I had to do everything to make it right myself. And it was a nightmare. But it was made worthwhile because it turned out, as a result of blind luck, I had not missed the property rollercoaster but had hopped aboard at almost exactly the right time.

With each passing year, houses in Stoneybatter were becoming more and more desirable and all of a sudden the cool kids who were starting to grow their beards, discard their socks and flirt with crafty beers wanted one. Fast forward seven years and some of those people were paying the guts of half a million euro for houses on Oxmantown Rd.

Then everything fell apart. The bubble burst and house prices collapsed. Within three years, the people who had paid “the big money” were so mired in negative equity that it was virtually impossible to see how they could ever escape. Houses that had attracted multiple bids in 2006 despite having price tags of more than €450,000 could not attract a single bid in 2012 despite having prices tags of under €200,000.

But the world turned again and property prices started to climb slowly at first and then much, much faster. Today the For Sale signs that are hammered into the walls along the 200-house terrace stay there for less than two months as people fight to hand over sumsof more than €400,000 for houses with interiors as miserable as mine were when I bought all those years ago.

It is, still, by any measure, madness. But it would be wrong to think it is a modern madness. It is just the way of things in this neighbourhood and – as a new documentary to be broadcast on RTÉ will show – the Oxmantown Road Rollercoaster has been rolling for more than 100 years and serves as a microcosm of the wider property market.

The first houses on the road were built in 1891 and when the last house was completed in 1908 they were rented out by the Dublin Artisans’ Dwelling Company (DADC) to anyone with a job, proof they could afford the rent and references.

In the early days not many people wanted to live on the road. Tenement dwellers nearby wondered if they actually needed to move so far out of town. Then the road became posh, then run down and then very run down after the sprawling complex of council flats known as O’Devaney Gardens were built and subsequently riddled by the heroin scourge of the 1970s.

And the prices will continue to rise and to fall and then rise again. The percentage increase from when I bought on Oxmantown Rd in 1999 to the height of the boom in 2007 was 180 per cent. The first house on the road to be offered for sale to the tenants was in 1961 and the price was £800. By the early 1970s the cost of a home on the road had climbed to £3,500, an increase of 337 per cent in a decade. That makes today’s madness seem almost measured.

‘He was some man’: Shane’s journey from care child to fearless activist
Real news has value SUBSCRIBE