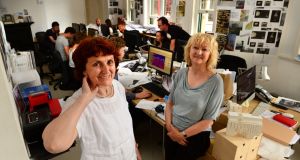 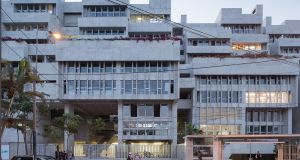 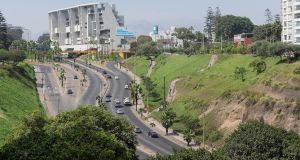 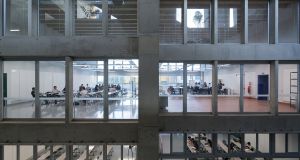 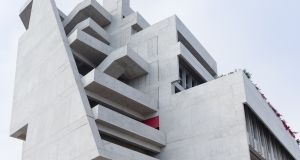 Their vertical, concrete university campus in Peru has been named the world’s best new building by RIBA, widely regarded as the most rigorously judged awards in the profession.

Described by judges as an exceptional example of civil architecture, the Universidad de Ingenieri´a y Tecnologi´a (UTEC) in Lima is the first ever winner of the international building prize. Chosen from a shortlist of six cultural buildings across five continents, UTEC is an inspirational new building, brutalist in style, in the Barranco district of Lima.

Grafton Architects, which was founded by Farrell and McNamara nearly 40 years ago, collaborated on the UTEC project with local partners, Shell Arquitectos to create a new campus building for Lima’s specialist engineering university.

The culmination of years of work by Grafton Architects, it was praised by the five strong jury, chaired by internationally renowned architect, Lord Richard Rogers for creating an entirely new way of thinking about a public building and specifically, university campus, described as a “modern day Machu Picchu”. The university was established to give young Peruvians access to qualifications, professional opportunities and to encourage social mobility.

Announcing the prize a RIBA statement said: “Grafton Architects have created a new way to think about a university campus, with a distinctive ‘vertical campus’ structure responding to the temperate climatic conditions and referencing Peru’s terrain and heritage.”

In a joint statement, Farrell and McNamara said: “We would like to acknowledge the important role played by our local architects in Lima, Shell Arquitectos. We would like to thank UTEC for their belief in architecture and in us and for giving us the wonderful opportunity to work on this special project.”

The Dublin firm has an established reputation for visionary and creative academic and educational buildings, and was recently selected to design a major new building for the London School of Economics in London, and a new cultural quarter for Parnell Square in Dublin featuring a library and connecting social spaces envisioned for 2018. The practice began in 1978 by designing schools and libraries, and it cites educational spaces as one of the earliest introductions to the power of great architecture for the communities that use them.

Grafton Architects was shortlisted for the RIBA’s Stirling Prize in 2013 and won the RIBA European Award the same year for the University of Limerick Medical School. Farrell and McNamara are both graduates of UCD, are Fellows of the RIAI, and International Honorary Fellows of the RIBA. They are elected members of Aosdána, and have taught at the School of Architecture, UCD, for which they are now adjunct professors.