Chef purchased a 1920s holiday home in the chic seaside village for £4.4 million and then announced plans to demolish it 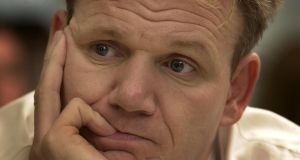 Celebrity chef Gordon Ramsay is well known for his fiery kitchen exchanges, but it’s quite the feat to manage to infuriate future neighbours even before meeting them.

Ramsay has managed just that after he purchased a 1920s holiday home in the chic seaside village of Rock, Cornwall, for £4.4 million (€6.25 million) and then promptly announced plans to demolish it.

The 49-year-old submitted a pre-application to knock the original building down and build a vast new house on the site.

It will include five bedrooms, a swimming pool and an adjacent three-bed boathouse. Plans submitted to Cornwall council show the main property will feature two kitchens and en suites for all five bedrooms.

Rock has become known locally as Kensington-on-Sea because of the stream of wealthy buyers snapping up beachside properties – and outbidding less wealthy locals in the process – only to raze them and erect vast villas in their place.

Neighbours have complained that the community is being priced out of the area, and those that are buying only reside there briefly in the summer months.

It’s not so long since some of our own more scenic coastal villages underwent similar transformations from ghostly one-horse town status in deepest winter to bustling cosmopolitan centres in high summer. And modest seaside properties were nothing if they weren’t given a Hamptons makeover to include en suites for everyone and separate lodgings for the staff.