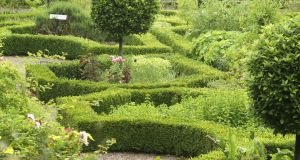 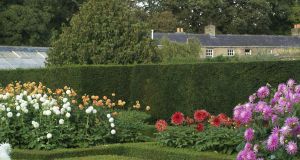 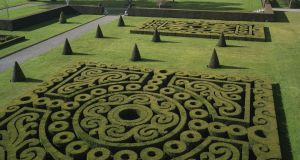 If you’re one of those gardeners who grows box hedging or topiary box specimens, then you’ll know it’s become fashionable to write off this wonderfully adaptable, evergreen shrub because of the threat of the dreaded box blight. You’ll probably know that before this terribly damaging fungal disease first appeared in Europe in the mid-1990s, box (Buxus) was the hedge of choice for most gardeners and landscape designers.

Slow- growing, hardy and supremely elegant, its compact growth habit meant that it could be clipped and sheared into any shape required. Nineteenth-century garden eccentrics like Julien de Cervel, the owner of Chateau de Marqueyssac in the Dordogne, planted it in its thousands, sculpting the hedges into a complex pattern of swirls, domes and balls. Famous 20th-century designers such as Lawrence Johnston and Russell Page used it to create formal “parterres” or to delineate lawns and planting schemes. Others, such as the Belgian designer Jacques Wirtz, created billowing, bulging hedges that were organic in form and yet satisfyingly sculptural.

And truth be told, lesser, lazy designers the world over used it as a sort of horticultural shorthand to conveniently disguise the shortcomings of their poorly thought-out planting schemes.

But then along came Cylindrocladium buxicola and Pseudonectria buxi (two distinct forms of the disease) to spoil the garden party, their spread hastened by climate change as well as poor plant hygiene in European nurseries. The disease quickly decimated many plantings, resulting in discoloured foliage, defoliation and plant death, causing many gardeners to dig up their box hedges and desperately search for alternatives.

The trouble with this, as any garden designer will admit if they’re being entirely truthful, is that there’s really no convincing substitute for Buxus. Some will point to Ilex crenata (a compact species of holly), myrtle, and various species of Hebe, Lonicera and Osmanthus, but none has the unique charm of a glossy, plump box hedge. Others suggest using yew (Taxus baccata), kept low and very tightly pruned. But aside from the fact that yew has its own battles to fight as regards plant disease (Phytophthora), it never really looks comfortable when grown to these compact dimensions.

There are other good reasons why we gardeners don’t have to give up growing box. One is the discovery that some varieties of this shrubby evergreen are far less blight-prone than others. So while Buxus sempervirens “Suffruticosa” (once the variety of choice) is no longer recommended because its especially compact growth habit favours the spread of the disease, other varieties including “Faulkner”, “Trompenburg”, “National” and “Rococo” have proven far more resistant . Another is the discovery that the disease can be successfully treated/ prevented with the regular use of liquid feeds such as EM (essential microorganisms), liquid seaweed and Topbuxus.

Indeed, I’ve seen plenty of old and badly blight-stricken box hedges nursed back to full leafy health in this way. Applied every one to two months during the growing season, these organically-acceptable sprays are hugely preferable to environmentally damaging fungicides that are sometimes recommended.

So even if your box hedges/plants have survived unscathed, I’d still suggest their use to boost the plants’ general health and vigour. Just make sure to apply them on a dry, sunny day, preferably in the morning.

Other ways to prevent box blight from getting a foothold in your garden include careful plant hygiene and thoughtful timing of pruning. The disease spreads most quickly in damp, humid conditions so trim plants on dry, sunny days, ideally when the forecast is good for some days ahead. Always use a sharp, clean shears, and do your very best to remove and burn all clippings (place a sheet/ plastic on the ground before clipping to make collection easier). Where gardeners were once advised to prune box twice a year, in May and September, it’s now considered advisable to prune just once in July, to reduce the risk of infection entering plants through fresh pruning cuts. Similarly, if you grow box plants in containers, ensure you water them at root level rather than douse the entire plant.

Finally, if you are toying with the idea of planting a new box hedge, then make sure to source plants from a reputable garden centre/nursery that can guarantee to supply you with young, healthy specimens. Again, remember that this disease spreads most easily in wet, humid conditions, so it’s crucial to give your box plants an open, free-draining site with a soil that’s fertile but not excessively so, as a very rich one results in soft, sappy growth more vulnerable to infection.