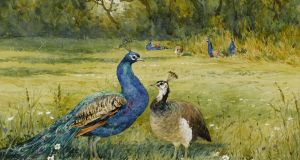 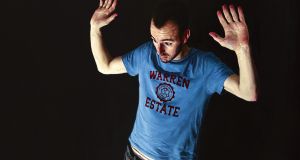 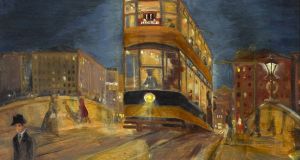 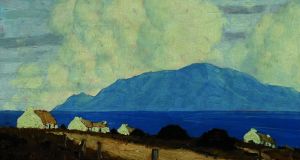 Earlier this year, Whyte’s auctioneers in Dublin announced the consignment of over 350 lots by the estate of the late Northern Ireland collectors George and Maura McClelland to be sold in a series of auctions in 2016 and 2017. The collection includes paintings and sculptures by leading Irish artists during the last four decades of the 20th century.

Whyte’s sold the first batch at auction in September and auctioneer Ian Whyte said the results showed “continued confidence in the Irish art market, and sensible buying by informed collectors”.

In addition to the McClelland collection, other highlights include lot 32a, West of Ireland Landscape by Paul Henry (€90,000-€120,000) in its “original Combridge Gallery black frame, circa 1925-35” which depicts a scene “formerly thought to be a view of Clare Island from Achill” but, following new research, “the view is almost certainly of Moyteoge and Achill Head, seen from the Keel to Dooagh road”.

Among the contemporary art is lot 197, In Too Deep an oil-on-canvas self-portrait by Shane Blount (€2,000-€3,000) who was born in Dublin in 1978, grew up in Bray, Co Wicklow and after three years of studying life drawing at Ballyfermot Senior College, became a full-time artist in 2001.

Viewing from 10am Saturday-Monday at the RDS (Anglesea Road entrance), Dublin 4 where the auction will take place on Monday, November 28th at 6pm. For catalogue and online bidding details online see whytes.ie.