Coronavirus is disrupting the auction market. It could change it for good 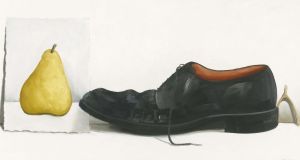 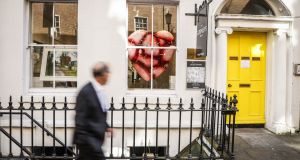 Serving as a symbol of hope for those who pass by, sculptor Patrick O’Reilly’s new work Hearts Held Together depicts the nation’s response to the Covid-19 crisis and is being displayed in the window of Gormleys Fine Art in South Frederick Street, Dublin. Photograph: Conor McCabe 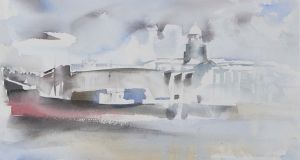 Social distancing measures have closed museums, galleries and auction houses, and the industry now finds itself in new territory. The art world is in the process of trying to find a way to keep businesses afloat, even as the future of buying art looks as if it may be forever changed.

Technology, however, is ensuring that art lovers can continue to buy and appreciate art, with galleries, auction houses and cultural institutions showcasing and selling works exclusively online.

While the online selling of art has been an emerging platform over the past couple of years, with Whyte’s, Adam’s and Morgan O’Driscoll offering internet sales, the current situation will be the industry’s litmus test, as works cannot be seen in person.

There is, though, light at the end of the tunnel given recent sales.

Results at Morgan O’Driscoll’s art sale on April 14th showed that art lovers still have an appetite for buying online despite the crisis, and 70 per cent of lots in Gormley’s spring sale were online purchases which had not been seen in situ at the gallery.

In London, Sotheby’s online sales since March 1st have totalled a healthy €37 million, which may reflect the fact that the auction house’s new owner is the telecommunications mogul Patrick Drahi. Up to 50 per cent of the bidders in these sales have been new to Sotheby’s, according to the auction house, and 50 per cent of bids were placed on mobile devices.

Confidence is also emerging in the antiques sector. Hegarty’s auction rooms in Cork changed direction in March, switching to an online-only platform – a first for the auction house – and such was the success it has just completed its second sale exclusively online. Fonsie Mealy in Kilkenny has followed suit, as has Purcell’s in Birr and Damien Matthews in Kells.

De Vere’s on Kildare Street will hold an online-only art sale which will close on May 12th. For those interested in particular pieces, the house has an interactive element whereby you can chat to the auctioneer in real time for queries and updates, to replace viewing at the gallery. Prices range from €100-€5,000, with the top lot Customs House, a watercolour by Louis le Brocquy (€4,000-€6,000).

Highlights include a private collection of artworks from the White Stag Group, a set of pacifist artists including Basil Rakoczi and Kenneth Hall, who moved to Dublin during the second World War, and are said to have influenced Patrick Scott, Gerard Dillon and le Brocquy.

Bonham’s Modern British and Irish Art “behind closed doors sale” – an online sale but with the auctioneer alone at the rostrum – on May 12th includes works of Irish interest by William Crozier and Graham Knuttel, and the hauntingly beautiful Winter, Salt Lake Clifden by Cecil Maguire (lot 128 €1,700-€2,300). Details are available at bonhams.com

Art galleries too have changed their modus operandi, switching to online exhibitions through websites and social media platforms.

Olivier Cornet, whose gallery on Great Denmark Street in Dublin remains closed, says that while it hasn’t officially sold online in the past, the gallery has launched a new initiative in response to recent enquiries and circumstances.

Entitled One Artist, One Work, One Day, each day a different art work is published on the gallery’s social media platforms and is available to purchase online. See oliviercornetgallery.com for details.

Kevin Gaines of Jorgensen Gallery on Molesworth Street, which also has moved to online sales, notes: “It is a buyers’ market at the moment as many people are looking for substantial discounts, so there is some flexibility required.”

Gaines recommends “asking the artist or gallery for images showing the framed artwork as it can make a huge difference to how an artwork looks”.

The Sol Gallery on D’Olier Street in Dublin, which will host an online exhibition of works by Leitrim artist Dan Chester from May 7th, also notes a demand for flexibility on pricing.

“It may be an opportunity for prospective clients to purchase work that before may have been prohibitive due to price, but now is more flexible pricewise due to Covid-19,”says curator Jay Davis. solart.ie

The spring show at Solomon Fine Art includes works by Margaret Egan, Carol Hodder, Ana Duncan and some sublime work by sculptor Orla de Brí. The gallery has set up a viewing room as a new feature on its website, with a handy tool called View on a Wall, which allows visitors to see the scale and size of more than 50 artworks.

Also featured are lockdown-inspired watercolours by John Short entitled Dalkey Visual Record. The artist has been using his daily 2km walk to create a visual record of his neighbourhood.

Original works are priced from €1,600 with limited-edition prints at €250. solomonfineart.ie

Gormley’s has taken a further step to assist online buyers in imagining artworks on their walls. Using the new Irish app Artvisualiser, visitors to the site can see how a painting looks on their walls at home.

The gallery’s current exhibition – visible from the windows of its South Frederick Street premises in Dublin – is Hearts Held Together by Patrick O’Reilly. Proceeds from the series, which “serves as a symbol of hope for those who pass by”, will go to frontline health charities. See gormleys.ie.

Also offering online sales is Art in Lockdown, where 20 Irish artists have been exhibiting paintings since lockdown commenced. Some 800 works are available on their eponymous Facebook site.