Women will not be safe until men change sexist, abusive behaviour 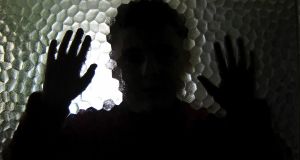 The truth is that there is very little any woman can do to keep herself safe from sexual violence.

Why, after 150 years of organised feminism, are misogynistic views about sexual assaults on women still widespread? How, 35 years after the founding of the country’s first Rape Crisis Centre, and the awareness-raising that followed, can people such as George Hook still believe that women are partly responsible for sexual violence committed against them?

Commenting on a recent rape case when a woman went to a hotel room for consensual sex with a man she had just met and was then raped by another man he asked “Is there no blame now to the person who puts themselves in danger?”

This is like saying that if you leave your home unlocked you deserve to be burgled. Thieves will burgle if they feel so inclined, locks or no locks.

It is the same with sexual violence. Rapists will rape women when and where they please. Despite this, societal attitudes to women at the receiving end of sexual violence are unfair, judgmental, and misogynistic.

Children and women at the receiving end of sexual violence blame themselves because of the keeping-safe messages they pick up from parents, grandparents, teachers and other authority figures. Children are warned about many things, one of which is not to talk to, go off with, or get into a car with strangers. This warning is given repeatedly despite the fact that strangers pose almost no risk to children in Ireland. A majority (93 per cent) of perpetrators of sexual violence against children are well known to the victim, almost all (96 per cent) are male and half of all perpetrators are family members.

Children are rarely warned that their parents, other relatives and family friends might sexually assault them. The Stay Safe programme taught in primary schools does not identify the most likely perpetrators either. Yes, the programme stresses what the child must do if they feel unsafe, but it also unnecessarily teaches about stranger danger.

When abuse happens, children blame themselves because nobody told them people they know might hurt them. The grooming that inevitably takes place before the abuse is designed to make the child feel guilty.

The myth-making about how to stay safe continues during adolescence. When teenage girls and young women begin to form relationships with the opposite or same sex, they receive useless warnings from their parents and teachers. Don’t get drunk. Don’t walk alone at night. Don’t go off with strangers. Don’t go back to hotel rooms or homes with someone you’ve just met, and so on.

A recent Today with Seán O’Rourke show on RTÉ Radio 1 discussed George Hook’s rape comments and Irish Independent columnist David Quinn said, “Every mother and every father listening to this programme will give their children advice on how to minimise the dangers of being assaulted and one of those pieces of advice is never go home with a stranger.”

Women are not more at risk of sexual violence in public places than in their own homes. If parents want to protect their daughters, they should tell them that almost all acts of sexual violence are committed by males who are well known to the victims. Parents should talk to their sons about women’s rights and the need to ensure clear consent before any sexual activity takes place. They should tell their daughter on her wedding day that there is a one-in-four chance that her new husband may assault her. The truth is that there is very little any woman can do to keep herself safe from sexual violence. Women will never be safe until men change their sexist, misogynistic and abusive behaviour. Unfortunately many Irish people are still in denial about this uncomfortable reality.