‘When I socialise, my pain is hidden’

The fun-loving, carefree image I present to the world hides the relentless thumping pain and crippling exhaustion 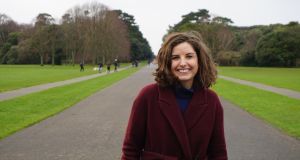 My favourite place in the world is an empty dance floor. Middle-of-the-road DJ, flat shoes, flailing limbs – the exhibitionist in me won’t even say no to an adoring audience.

I don’t look disabled on a dance floor. In fact, I look rather nifty.

Self-praise is no praise but sometimes you Got to Be Real.

“How we spend our days is, of course, how we spend our lives,” Annie Dillard once wrote. I don’t spend the majority of my days, nor nights, on a dance floor, but in bed, on the couch, dragging my sick self into the social welfare office or slumped in claustrophobic doctors’ waiting rooms.

My day-to-day life is, or at least feels, rather small. Hugh Grant’s famously lonely character, Will Freeman, breaks his day into units in the film About a Boy. I can relate. A shower equates to one unit, reading three units, overwhelmed with pain eight units. As Will says, “it’s amazing how the day fills up”. But this is not the character my friends see.

When I socialise, my pain is hidden. The dynamo on the dance floor raucously laughing and the young girl sobbing in her father’s arms do not marry in many people’s minds. And yet they co-exist. I am both. As Bob Dylan sings, I socialise “just like a woman” but I “break just like a little girl”.

The image I present to the outside world when I socialise is a fun-loving, confident, at times, daft young woman. And that image is true to me. I am sociable by nature – my friends are an integral part of my life and I love the excitement of meeting new people. But what others don’t see when in my company is the battle I’m fighting on two different frontiers; one with relentless thumping pain and the other with crippling exhaustion. For short periods of time I can maintain that air of carefree fun but before long pain and exhaustion win out and I’m left defeated in bed, sometimes for a day, other times for weeks, even months. This remains invisible to most.

Disability as a theoretical construction has become a subject of intense theoretical debate. Two prominent models that frame how we view disability are the “medical model” which, at its most basic, looks to “fix” the impairment, and the “social model” that tries to “fix” the environment to better accommodate the individual’s needs.

Society is at fault

Though, ultimately, I long to be “fixed”, when it comes to socialising with an invisible disability, or chronic health condition, often it can feel that society is at fault – I live in a world that is just not designed for people like me. Walks are too long, nights are too late, celebrations are too frequent. I’m a little person in a big world; everything is a touch out of reach.

In the early years of my illness, I managed my health in a “boom/boost” manner. I attempted to socialise “normally” alongside my peers and this resulted in missing months of secondary school, finding myself in a tinfoil blanket at an Oxegen festival, hospitalisations on summer holidays and rescheduling university exams after the Trinity Ball.

With time, I learnt to better manage myself. I no longer tried to socialise at the same level as my peers. Instead, I became “Cinderella”, nicknamed by a visiting Spanish friend – the girl who disappeared at midnight. My favourite night of the year being Holy Thursday where all bars were forced to close at 12pm; we all left as one. Tea became essential to my friendships instead. And yet frequently, this is all still beyond reach.

Cancelling plans is too regular an occurrence, and I have not yet learnt to navigate the guilt it provokes. Every potential plan also represents the potential to let down a friend or group of friends. What should be excitement becomes anxiety. Friends know that text all too well: Really sorry I won’t make it, I’m sick . . . again : (

With experience, I have learnt to design a somewhat ergonomic social life. Night life and weekend breaks have been replaced by cosy coffee shops and yoga mats. My spirit and hunger for life do not align with my body’s ability to feed it. My body aches for routine, gentle exercise, sea air, a calm environment. My soul longs for late nights, mischief and carefree fun. Sometimes I wonder if it would be easier if I didn’t have such an appetite for life. Joseph O’Connor writes in Star of The Sea: “It wasn’t when you felt hungry that you were in the greatest danger. It was when you stopped. That was when you died.”

I guess so long as I’m hungry, I’m living.