A matter of vaxx: parents don’t have the right to risk their kids’ lives 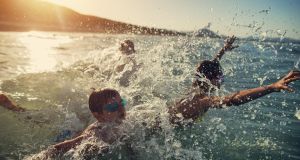 Not vaccinating your child puts others’ lives at risk. Photograph: iStock

I’m not going to talk about science. There have been a hundred studies and a thousand articles, dedicating millions of hours to discussing the science behind a simple truth: vaccines are safe and they work.

And if you haven’t been convinced by those already, I’m probably not going to convince you by repeating them here.

Facts don’t convince anyone of anything anymore. Not like they used to, anyway.

But it’s more than that.

Science should be left to the scientists. And when the science of vaccines is left to them, they say that vaccines are safe and they work.

The rest of us are just screaming at each other in the comments section.

But one thing has changed. These days, the anti-vaxx movement has become an issue of rights, and a parent’s right to make the decisions for their children. That’s what I want to talk about.

These days, with the rise of social media and the constant evolution of technology, it’s never been more important for parents to be vigilant and attentive to their children. At the same time, however, it’s never been easier for parents to tune out – YouTube for the kids, Netflix for the parents, TikTok for granny, and you can all tune out together.

None of us have any idea what will make our child grow up to be happy and successful. We all have thoughts, sure, and plenty of educated guesses, but nobody really knows. There is an entire industry of people out there who are eager to tell you (if you subscribe, guys!) how and why they turned out to be so successful. But they’re just guessing and connecting unrelated dots. They’re looking at stars and drawing constellations. Every time they say, “I’m successful because of X”, it could actually be the opposite: they’re successful in spite of X. Or vice versa.

Parenting is just a series of guesses, and the overall hope that you’re doing the right thing. And that’s terrifying. So, I can understand parents wanting to be proactive and attentive. All you can do is not tune out, and try your best. It’s just that when you’re wrapped up in all that anxiety and pressure, it’s very easy for parents to lose sight of their role along the way.

As a parent, you can decide that your child won’t watch TV, or be christened, or listen to Nickelback. These are your values that you’re passing on to your children, reflected in the decisions you make for them. But these aren’t your decisions. You’re deciding what’s in their best interest, but only because they can’t right now. They’re too young, they don’t understand consequences or that chocolate isn’t a vegetable. You’re making choices for them, but it’s actually their choice, not yours. You’re just in charge of it – temporarily.

I’m not saying you need to ask your baby’s permission to change their nappy; I’m saying you don’t have the right to make decisions that will ruin their life. Go ahead, keep your children from watching TV or listening to Nickelback; raise them with or without religion, with or without meat. These are values that, if they disagree with them later in life, won’t do any harm to them. They can be undone. When you make a decision that can’t be undone, and that will do harm, the State steps in. Of course they do – it’s not your decision. And this brings us back to vaccines.

I’m not going to argue with you. Because I do understand; you’re trying to be proactive and attentive. But I recently read the Facebook comments below an article about vaccinations.

And as I read through the comments, I imagined all of us – all of the commentators – on a beach somewhere, watching a group of children swimming. Looking out from the beach, I saw a child flailing and thrashing in the water. He was clearly struggling.

The man next to me looked annoyed and said, “That’s my son.”

The man shook his head. “We kept him out of lessons. Jesus, you can’t trust lifeguards – they’d let him drown in the pool!”

As I started dialing 999, I protested, “You shouldn’t let him out into the water if he can’t swim.”

The man stared at me angrily. “And what about my rights?” he demanded.

“I know my rights. I have the right to not teach my son how to swim and to let him swim in the ocean. Besides, if you teach your kids how to swim, then what are you so worried about?”

I pointed at his son, who was still flailing dangerously in the water and had drifted towards another group of swimmers. “Well . . . that’s a group of pensioners and cancer patients. They learned how to swim, but they can’t swim well anymore. He’s going to drag one of them under.”

We watched as he drifted towards another group of swimmers.

“Those kids know how to swim,” I said. “But even a good swimmer can be pulled under by a flailing, drowning person.”

“And now he’s getting closer to that group of babies,” I continued. “They’re too young to learn how to swim. He’s going to drag them under too.”

The man looked startled. “Babies? Why are there babies swimming?”

“Because this metaphor had one last point to make,” I said gravely. “By the way,” I continued, “the rescue service currently saving your child is going to cost a fortune and your child probably won’t forgive you for risking their life to make an unnecessary point about your rights.”

Especially because those rights were never yours in the first place.

Maureen Gaffney: Why and how do we fall in love?
8

Hilary Fannin: A trip to Belfast feels like a much longer journey
9