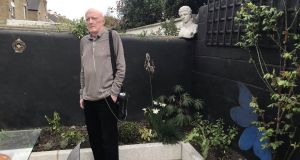 Paddy Murray: ‘I have come to the conclusion that there isn’t enough fear, that fear is essential, that without fear we won’t beat this thing’

I mentioned fear last time I wrote about life around Covid-19 for someone like me, with a chronic respiratory condition.

I said that the fear which first struck four months ago, still lingers a little bit, despite the appearance of the general situation improving.

That fear made we worry a little about inviting one of my daughter’s friends to join us on a summer break. I worried about what would happen if she picked up the virus during the holiday. And I still do.

But now I have come to the conclusion that there isn’t enough fear, that fear is essential, that without fear we won’t beat this thing.

Politicians, in particular, have been using words such as “reopening”. They are talking about “getting back to normal,” about “easing restrictions” and about “gradually ending the lockdown.”

Unfortunately, it appears that there are many who hear those words and take them to indicate that all is well, that we have beaten Covid-19, that the green light has been lit and, well, if we’re going to get back to normal soon, we may as well start now.

And I think that’s a mistake.

Covid-19 has not been beaten. And for those of us for whom one contact, one touch of a surface contaminated by a careless optimist who thinks all is well, could and probably would prove fatal, it is very, very worrying.

But the optimistic words spoken by politicians combined with confusion as to what we can and cannot do, what is legally disallowed and what is merely advisory and what is essential and what is not, is convincing some, that they can do as they please.

So what have I done, had the courage to do, in the past month?

I’ve been in a shop. The Centra in Harold’s Cross, Dublin, is strict about numbers and has sanitisers etc available. One or two customers didn’t wear masks. But because it was possible to avoid them, it didn’t bother me.

What bothered me was wearing a mask. I simply can’t.

Around 80 per cent of my lungs don’t work and won’t ever work again. A mask reduces that further and if I wear one for more than a few minutes, I’m gasping for breath.

I have a visor but people who say they know tell me they’re useless.

Fair enough, they may not be as effective as a mask, but they do stop splashes from coughs or sneezes or simply conversation, from reaching me. It’s the best I can do.

I have not been in a restaurant though I may be in late August when we’re away for a week.

We’re not going on holidays to cook for ourselves!

I have met friends outdoors in my sports club – socially distant – for a chat.

I have been for a few walks with our dog – about 1.5km each time. Difficult but enjoyable and also necessary.

And I have bought tickets for a gig in the Olympia next April - Declan McKenna - so I’m certainly not pessimistic.

Fear. We need more of it.

It seems to me that people will only behave, will only avoid risks, if they are genuinely afraid of catching the disease or spreading it, though the second of those fears doesn’t seem to affect a cohort of twenty somethings who seem to think themselves immune.

Fear is probably the only thing that will make everyone behave.

And I’m not asking anyone to make things up.

I would just like our leaders, our politicians, to admit that they have no idea where this is going, no idea what’s going to happen next and no idea when it will really be over so that we can get back to normal or get used to our new normal.

Populism is irritating when it comes to the economy and taxes and trendy causes.

It is fatal when it comes to Covid-19.