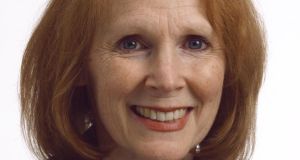 Kathy Sinnott: ‘It’s disheartening to see the Education for Persons with Special Needs Act ignored when every child has a constitutional right to an education.’

Kathy Sinnott has no regrets about taking her high-profile case against the Department of Education in 2001 seeking to compel the State to provide an appropriate education past the age of 18 for her son, Jamie, who has Autism Spectrum Disorder or ASD.

While the former MEP and disability rights campaigner lost that case, it joined a long list of others taken by parents of children with special needs against the government since the 1990s that highlighted serious deficiencies in this country’s special education provision, but which also helped to shape the development of the field in the years that followed.

However, Sinnott says any optimism in the wake of her case and others was short- lived. “A good start was made,” she says. “And then the Education for Persons with Special Needs Act [EPSEN]was brought in. And all that did was, if you like, dampen it all down again.

“It’s disheartening to see it ignored when every child has a constitutional right to an education according to need, and it is constantly being ignored,” she says.

Along with the Sinnott case, the High Court case taken in 1992-93 by Cork mother Marie O’Donoghue on behalf of her son, Paul, who had severe and profound general learning disabilities, were critical in establishing that the Constitution gave every child – even those with the most severe learning disabilities – a legal entitlement to a free State education based on whatever the child needed.

But what’s wrong with Epsen? Surely, if the Government got around to fully implementing this Act, things would improve?

“What the O’Donoghue and then the Sinnott case did was it gave the control to the child. In other words, the needs of the child determined what the child got,” says Sinnott.

“There was a period after the case when you could go to an independent expert, an educational psychologist or whatever, and they would look at your child and could say what that child needed, and that was a legal entitlement. That was your constitutional right.

“Now that’s all over,” she says. “No expert opinions are accepted anymore. It’s only what one of the Department of Education-paid psychologists say you need and then when they describe your need, it only refers to a set menu of things.

“If you need something that’s not on the set menu, you don’t get it.

“We are now judged by legislation that is out of step with the Constitution.”

But would giving parents carte blanche to access any methodology of special education under the sun not mean a huge extra cost burden on the State?

“If you don’t meet their needs, you are wasting money anyway. If you are going to give the child what they don’t need, it’s a waste,” she says.

The number of court cases taken by parents dropped off markedly after the end of one of the longest-running and most expensive cases in 2007.

Yvonne and Cian Ó Cuanacháin were seeking a particular form of education – applied behavioural analysis – from the State for their son, Seán, who has ASD, but lost their case.

A spokeswoman said that the fall-off in legal costs was partly due to precedents on some of the legal issues being set in a number of cases in the higher courts.

But educational psychologist David J Carey, who has provided testimonies in a number of High Court cases, says: “The fact that they’re not mentioning is that there weren’t a lot of precedents. The majority of those cases were settled out of court and agreed between the parties, so we’re talking about only a small number of precedents actually having been established.”

He adds that the number of court actions by parents dropped off markedly after the Ó Cuanacháin case because the department decided to pursue the parents for costs. “That frightened a huge number of parents who were thinking of bringing cases before the High Court. And so a lot of cases fell by the wayside.”

These articles (and accompanying videos) were supported by the Mary Raftery Journalism Fund. To read a longer version of this article, visit johncradden.ie.