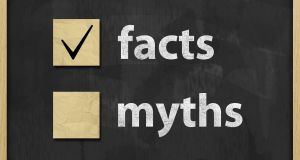 “My sense is that of all the categories of fake news, health news is the worst. There’s more bad health news out there than there is in any other category.” So says Kelly McBride, vice president of the US Poynter Institute for Media Studies.

I was surprised to learn recently that false or fake news is not a new phenomenon. Rameses the Great, in 1200BC, deliberately spread false information claiming the battle of Kadesh was a victory for the Egyptians over the Hittites, when in fact it was not.

According to Manchester academic psychologists Neil Dagnall and Ken Drinkwater, false news has been around for quite some time. It is an inherent feature of news reporting and precedes social media. “It’s not hard to see why it exists – people are motivated to believe information that confirms their views and opinions,” they wrote. “We also want to feel like we perceive the world accurately. These biases direct people to accept information that is consistent with their worldview, regardless of accuracy.”

In McBride’s view, the current journalistic environment of quick story turnover creates additional problems for science news because “the cycle of journalism and the cycle of science are completely incompatible. In science, good information is really boring. Science doesn’t leap ahead the way journalists like to cover it.”

At times of great uncertainty and geopolitical turmoil, a collective increase in anxiety fuels its rapid online dissemination of false news. Climate change and vaccine safety are a particular focus for fake news in the 21st century.

Social media is made for false health news. More than 60 per cent of adults source their news online. In a study published last month, the Rand Corporation, a non-profit, non-partisan research organisation, said a combination of the 24-hour news cycle and social media was one of the principal drivers of what it called “Truth Decay”.

This phenomenon has seen a blurring of the line between opinion and fact, with personal experience seen as more influential than fact, leading to less trust in usually respected sources of factual information.

The granddaddy of fake vaccine news was the 1998 research alleging a link between the MMR vaccine and autism. Disgraced gastroenterologist Andrew Wakefield was guilty of research fraud and struck off the medical register. But the false news about MMR safety caused immunisation rates to plummet; its effects are still felt today, with current measles outbreaks in Limerick and Dublin linked to lower than optimal levels of vaccination.

More recently, the HPV vaccine to prevent cancer of the cervix in women has been a target. It started with false news linking vaccination with promiscuity by the religious far right in the US. But what really caused uptake rates to drop in Japan, Denmark and Ireland was the conflation of minor side-effects into complex syndromes that remain scientifically unproven. While the National Immunisation Office here was able to report a recent uptick in HPV immunisation rates, emotive false stories continue to cause unwarranted parental anxiety.

The flu vaccine hasn’t escaped fake news either. In 2014, a health advisory from the Centre for Disease Control (CDC) outlining reduced effectiveness in the H3N2 component of the influenza vaccine was quickly turned into a CDC apology about the vaccine. Other false news stories have linked the flu vaccine with a risk of miscarriage and alleged it made recipients vulnerable to a host of other respiratory viruses.

Anti-vaxxers have been especially influential because of their use of visual memes. Subversive and designed to provoke a reaction, these memes press all the right media buttons to ensure disproportionate impact.

Ultimately, it’s up to us, the readers, to challenge fake health news. Guides to navigating the misrepresentation of science and health evidence online by organisations such as Sense About Science can help.

And we must future proof the next generation by upping their education in risk assessment and critical thinking skills.