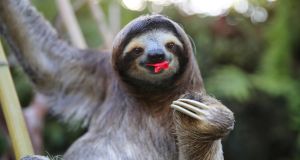 Slow eating could be the key to losing weight, according to a new study.

The new study, published in the journal BMJ Open, saw experts analyse health insurance data from 60,000 people with diabetes in Japan who had regular health check-ups between 2008 and 2013.

Participants were asked about the speed they ate food – fast, normal or slow – and other lifestyle habits including eating dinner within two hours of sleeping, after-dinner snacking and skipping breakfast.

Their weight was assessed using their body mass index (BMI) score and their waist circumference was also measured.

The Japanese researchers found that, at the start of the study, 22,070 people routinely wolfed down their food, 33,455 ate at a normal speed, and 4,192 classed themselves as slow eaters. Just over half of participants changed their eating speed over the course of the study.

After taking account of potentially influential factors, the results showed that, compared with people who eat quickly, those who ate at a normal speed were 29 per cent less likely to be obese, rising to 42 per cent for those who ate slowly.

And when compared with fast eaters, normal-speed eaters and slow eaters had reductions in waist circumference of 0.21cm and 0.41cm respectively, the authors found.

A recent study published in The Lancet medical journal reported that almost a third of Irish children are now overweight and the country ranks 58th out of 200 countries for its proportion of overweight youths.

Snacking after dinner and eating within two hours of going to sleep three or more times a week were linked to a higher risk of being overweight. But skipping breakfast was not.

“Changes in eating habits can affect obesity, BMI, and waist circumference,” the authors concluded. “Interventions aimed at reducing eating speed may be effective in preventing obesity and lowering the associated health risks.”

But they cautioned that people who took part in the study were “relatively health-conscious individuals” who voluntarily participated in health check-ups, so the findings may have “limited applicability to less health-conscious people”.