The benefits of a sense of belonging 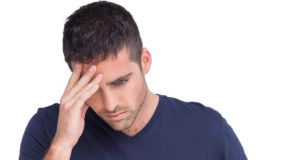 Suicide is a lonely and individual act. But do its causes lie in cultural issues in our society? For instance, increases in suicide accompanied rises in unemployment in Ireland and Greece in the economic crisis (the Irish suicide rate began to climb in 2008, especially for men, after nearly a decade of decline). Could this be due, not only to financial stresses, but to a tendency in our culture to identify ourselves (and others) with our jobs and businesses? If I am, at least partly, the work I do then what am I if the work disappears?

Equally, if you identity yourself with the job and if the job becomes intolerable, could it be that, as some sociologists have stated, “an obvious way to end the tyranny of work might be to end ourselves”? Distorted thinking but irrational thinking patterns seem to play a key role in suicidal thought. The sociologists were commenting on a spate of suicides at France Telecom between 2008 and 2011 where more than 60 employees took their own lives.

These questions are prompted by an article by Dr John Cullen who lectures in management and leadership development at NUI Maynooth. His article, “Towards an Organisational Suicidology”, is published in the journal Culture and Organization.

In it, he points out that Émile Durkheim, whose work, Le Suicide, published in 1897, is still a standard reference work, stated “The incidents of private life which seem the direct inspiration of suicide and are considered its determining causes are in reality only incidental causes. The individual yields to the slightest shock of circumstance because the state of society had made him a ready prey to suicide.”

If this is so, we need to look at changes in society when we wonder about the level of suicide and what we need to do to reduce it. For instance, in Durkheim’s day, Protestants had a higher suicide rate than Catholics. This, he suggested, was because the Protestant churches were “less strongly integrated” than the Catholic Church. Durkheim saw the lack of close links with social groups as a contributor to suicide. In Ireland, in recent decades, we have seen the demise of the old “strongly integrated” Catholic Church – has that loss of integration and belonging created a space in which people more readily think of suicide? If so, the development of new forms of integration and belonging in communities may result in fewer deaths. In other words, organisations like the GAA and the FAI may, simply by their presence, be doing a lot to reduce suicide levels.

I have never seen a breakdown of suicide rates in the public service or financial sectors but the huge uncertainty in these sectors must mean, for many workers, the loss of their sense of belonging or of being able to predict, with any assurance, what their situation will be in a year’s time.

Indeed, as Dr Cullen points out, sociologists have stated that some financial professionals have taken their own lives “as a result of rapid disengagement with their organisation and sector during the financial crash and subsequent crisis.” Moreover, both sectors come in for public hostility directed at those who work in them, especially those who face the public. Has suicidal thinking increased among people working in these sectors in Ireland? Is this something to which human resources departments need to give attention?

Hemmed in
Durkheim also saw suicides as happening when people felt oppressed and utterly hemmed in by rules and discipline. Dr Cullen notes that workers who attempted or completed suicides at China’s Foxconn (a manufacturer for Apple, Samsung and other major companies) did so due to excessive workload and lack of recreational time.

Suicide is a complex behaviour. Dr Cullen believes the whole area of organisational suicide needs to be researched, studied and taken into account as part of our response to this tragic phenomenon.

His article can be download from the NUI Maynooth website at eprints.nuim.ie under the keyword “Cullen.” His ideas deserve attention.

Padraig O’Morain (pomorain@yahoo.com) is a counsellor accredited by the Irish Association for Counselling and Psychotherapy.