Tackling suicide and self-harm in Ireland 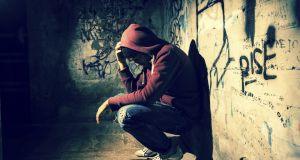 An ongoing challenge is how to improve the emotional resilience and skills for the wider population as a means of inoculating against self-harm and suicide. Photograph: iStockphoto

In 2014, the Central Statistics Office reported that 459 people died by suicide in Ireland. We also know there is a strong relationship between suicide and self-harming behaviours, which are non-suicidal injuries to body tissue.

The National Self Harm Registry Ireland, which reports on self-harm presentations to emergency departments across Ireland, highlighted that in 2014 alone, 8,708 people were treated for self-harm episodes.

According to the data, we know that at least one in five individuals will have repeated admissions to the emergency department following self-harm.

We also know that repetition of self-harm increases suicide risk (Self-harm: Short-term pain is a long-term suicide risk, Health+Family, March 1st). Given these statistics, efforts to understand and manage self-harm and suicide have and must remain a priority for both clinicians and the wider public.

“Connecting for Life, Ireland’s National Strategy to Reduce Suicide 2015-2020” emerged as a result of engagement of a broad range of statutory, non-statutory and community stakeholders, with the aim of identifying agreed strategic priorities on how to tackle suicide and risk factors for suicide.

The strategy aspires to create a strong community partnership to focus on increasing education and understanding about risk factors for self-harm and suicide. Key goals of the strategy include looking at targeted approaches to reduce suicide and improve mental health and to ensuring high-quality evidence-informed services for people who are vulnerable.

Ireland’s suicide rate across the population is comparable to other European countries ranking us 21st of 31. Of concern is that we rank fourth of 31 when we compare rates for young people aged 15-19. We see similar trends when it comes to self-harm in Ireland, with the National Self Harm Registry reporting the highest incidence of self-harm occurring for both males and females in those under 24 years. Thus the environment in which this policy has been developed remains challenging. Nonetheless, it is a positive step forward in setting a direction for tackling self-harm and suicide in Ireland.

If we consider self-harm behaviours or suicide as means of coping with life crises for individuals, we must question what events, thoughts and feelings precede such behaviours. What factors make people choose such extreme actions? Understanding and breaking these chains of events are key components in any intervention to change people’s behaviour.

There is a growing body of research evidence highlighting the importance of deficits in coping and inability to regulate emotions as critical precursors to self-harm behaviours and suicide.

Biological factors and temperament can predispose individuals to emotional sensitivity and this, combined with a psychologically testing environment, can result in self-destructive ways of coping.

However, despite underlying vulnerability, people can learn to regulate themselves and respond more effectively to challenges in their environment. With insight and understanding, solutions in the form of new skills acquisition provide healthy, more adaptive coping strategies and can help reduce risk of further episodes of self-harm or suicidal behaviours.

Treatments, such as dialectical behaviour therapy (DBT), a well-researched and validated intervention, emerging from this biosocial understanding of risk, is one of the targeted interventions highlighted in “Connecting for Life”.

An increasing number of psychologists and other mental health professionals across Ireland have participated in advancing their training in this model over the past number of years. This is part of the HSE and National Office for Suicide Prevention’s ongoing efforts to reduce risk of self- harm and suicide, particularly with individuals with a history of repeated self-harm attending child and adult mental health services.

However, there are many individuals who suffer in quiet desperation and engage in self-harm behaviours, or experience suicidal thoughts but do not communicate their difficulties and thus may never access professional help. An ongoing challenge is how to improve the emotional resilience and skills for the wider population as a means of inoculating against self-harm and suicide.

To coincide with World Suicide Prevention Day on September 10th, the Psychological Society of Ireland is hosting public talks to highlight and support suicide prevention. In a public lecture – titled Connected: Advances in Tackling Suicide and Self Harm in Ireland – I will talk in more detail about self-harm and suicide, the risk factors and evidence-based interventions.

I am fortunate to have an individual with a lived experience and a family member co-present this lecture, sharing their first-hand experiences of overcoming the challenges associated with self-harm and suicidal behaviours. One of the hallmarks of the national suicide-prevention strategy is partnership.

Ongoing sharing of knowledge and public debate will assist us in working together to create hope and offer new direction for individuals and families who have been impacted by self-harm and suicidal behaviour.

Daniel Flynn is a clinical psychologist with a special interest in self-harm and suicide and is an accredited DBT therapist.

What’s On Connected: Advances in Tackling Suicide and Self harm in Ireland, being held by the Psychological Society of Ireland, will take place in the Cheyne Theatre, Royal College of Surgeons in Ireland (RCSI), St Stephen’s Green, Dublin, on September 1st, at 6.30pm. A second public lecture, titled Parenting depressed and suicidal adolescents, also held by PSI, will take place on Thursday, September 22nd and will be presented by Gary Diamond, PhD.

See psychologicalsociety.ie for more information and to register to attend either event. Follow the society on Twitter @PsychSocIreland

The Psychological Society of Ireland is the learned and professional body for psychology in the Republic .

The patriotic cellist who refused to play Rule, Britannia!
8

‘I have become a shouter, and I am worried it is damaging my children’
10