Reports about aspirin’s demise are premature

The 120-year-old, most-used drug in the world still has many benefits 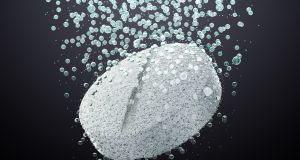 Long-term treatment with aspirin, which helps reduce clotting by making platelets in the blood less sticky, reduces the risk of a future heart attack or stroke by about a quarter

“The remarkable story of a wonder drug, which now comes to an end... Say bye-bye to aspirin!”

This headline is just one of many to grace the pages of medical journals recently. References to “the end of the road for aspirin” and “aspirin’s time is up” seem to indicate some major calamity had overtaken the 120-year-old, most-used drug in the world.

So what exactly is going on?

One of the clues is that many of the headlines appeared in specialist cardiology journals. Aspirin remains the cornerstone treatment for secondary prevention in patients with established heart disease, but three large, independent, controlled trials have placed a big question mark opposite the use of aspirin as a drug that can prevent heart disease in everyone (so called primary prevention).

Like many of our earlier drugs, aspirin has its origin in nature. The bark of the willow tree became known as the “fever tree” following reports of its miraculous properties. An Argentinian monk, Calantha, who lived in Peru described how the bark, made into a powder and given as a beverage, cured people of high fevers. The Jesuits imported the Peruvian bark into Europe in the 17th century.

Two centuries later, the active ingredient of the bark was isolated as quinine, which has a characteristically bitter taste. Salicylic acid was a further refinement, but produced irritant side effects, especially in the stomach and gullet. This problem was solved by the work of Felix Hoffman, a young German chemist working for the pharmaceutical firm Bayer, with the production of a powder containing acetyl salicylic acid. Aspirin as we know it was born.

The evidence for using aspirin in secondary prevention is strong. Long-term treatment with aspirin, which helps reduce clotting by making platelets in the blood less sticky, reduces the risk of a future heart attack or stroke by about a quarter.

Now, an updated meta-analysis in the European Heart Journal has concluded there is no difference in mortality between patients – who have no history of a heart attack or stroke – taking long-term aspirin and those who don’t. But the incidence of major bleeding was higher in people taking aspirin, with about one in 250 patients having a significant bleed. Based on this unfavourable risk/ benefit ratio, the authors advise that “we get ready to say a farewell to aspirin” for people with no proven record of cardiovascular disease.

Not every cardiologist agrees, however.

Writing recently in the New England Journal of Medicine, Prof Bill McEvoy of the National Institute for Prevention and Cardiovascular Health in NUI Galway says: “Without doubt, aspirin causes bleeding. Patients need to be told this. However, most bleeding is mild, and the absolute risk of fatal or intracranial bleeding during treatment with aspirin is far lower than the absolute risk of having a cardiovascular event.”

Important an organ as the heart is, other parts of our body develop diseases too. Bowel cancer is associated with high levels of prostaglandin in the bowel wall. Aspirin inhibits an enzyme called cyclo-oxygenase (cox) which is needed to produce prostaglandin. As a proven cox inhibitor, aspirin helps to block the inflammatory chemicals that are associated with colon cancer. This anti-cox action is key to aspirin’s protection against a broad range of cancers.

Headlines about the ultimate demise of aspirin are premature.

Some cardiologists clearly need to broaden their world view.

The darker side to Dublin’s history
9

Lockdown Halloween: the safe way to have grisly fun
10