Psoriasis has affected absolutely everything in my life

Up to 140,000 people in Ireland have psoriasis with many developing psoriatic arthritis 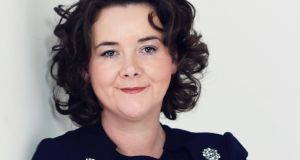 Marion Morrissey from Co Limerick was diagnosed with psoriasis at 15.

Living with a chronic skin condition can be very difficult as although it may not be life threatening, treatment can be all-consuming and the anxiety caused by such a visible disorder can take its toll.

Up to 140,000 people in Ireland suffer from psoriasis, an auto-immune disorder which causes the skin to reproduce at a rapid pace resulting in itchy, painful scales all over the body, including the scalp and nails.

And if this discomfort wasn’t enough, 40,000 will go on to develop psoriatic arthritis which affects the back and joints causing severe pain and immobility.

This month, Arthritis Ireland has launched a campaign entitled More than Skin Deep, which provides expert information on the condition and advice for sufferers.

“There is a lot of research going on in Ireland into psoriatic arthritis and its causes,” says consultant rheumatologist Prof David Kane.

“These are mainly looking at the genes that cause the condition in families and using ultrasound imaging and synovial tissue biopsy of the joints to study patients who have the disease in order to find new targets for treatments.

“For immediate pain relief there are a range of painkillers but these do not deal with the underlying inflammation which will ultimately lead to permanent joint damage.

“But fortunately there are now a lot of specific treatment options for psoriatic arthritis that will reverse the joint inflammation, reduce pain and prevent joint damage.”

Marion Morrissey from Co Limerick knows only too well what it is like to have the condition as she has suffered with it since she was a teenager.

“I was diagnosed with psoriasis at 15 so have lived with the condition for more years than I have lived without it and it has affected absolutely everything in my life,” says the 39 year old.

“My initial ‘diagnosis’ was of a very dry flaky scalp at the hairdressers. I then went to my GP who diagnosed psoriasis. But that GP (and many others since), didn’t have much time or empathy as psoriasis wasn’t perceived to be serious as it’s not usually life threatening.

I have tried every treatment available from conventional to alternative

“But my condition got progressively worse until I had almost 75 per cent body coverage. Then when I was 24 I got nail psoriasis which looks like a fungal infection – there was no treatment for this but luckily, being female, I could paint my nails. Over the years I have tried every treatment available from conventional to alternative – creams, lotions, ointments, sprays, moisturisers, shampoos and PUVA light treatment – anything that offered even a glimmer of hope, but none really worked.”

Morrissey, who is married with three children and runs her own healthcare training company, www.safeaid.ie, was dealt a further blow when the skin condition transferred to her joints.

“I developed psoriatic arthritis aged 32 and became really worried about my quality of life,” she admits. “The pain and stiffness started in my fingers and toes – it was really severe especially in the mornings, really affecting my ability to carry out normal daily activities.

“My fingers and toes would be hot and throbbing and had a sausage-like appearance so this along with the stiffness and pain made many tasks difficult. Driving was affected as getting a grasp on the steering wheel and pressing on the pedals was hard due to the pain in my toes. Even brushing my daughter’s hair was a problem as I couldn’t hold the brush and this really took its toll emotionally.”

The pain and stiffness spread to her knees, ankles, elbows and neck until eventually Morrissey sought help. She was diagnosed with psoriatic arthritis and put on medication and while it took several different drugs to discover which would work best for her condition, her current medication is keeping the pain under control and for the first time in years, she is living life to the full.

“I got my official diagnosis from a rheumatologist who gave me steroid injections in my fingers and toes,” says Morrissey. “But this only worked for a month or so before the symptoms came back. Then I was put on many different types of anti-inflammatory drugs which also just kept things at bay for a while before I got significantly worse.

“The pain was so bad at one point that I had to set my alarm for 4am in order to take a cocktail of medication so I could function and get downstairs by 7am. With a new baby and two older children, this was incredibly difficult, particularly as I was also trying to keep my business going.

“But 4 ½ years ago I was started on a different drug and I haven’t looked back since. I have been given my life back and cannot even begin to compare it now to what it was before.

I am totally symptom-free and to date, haven’t experienced any side effects. I live a very full and busy life both at home and in work and I am very thankful.

My advice for anyone who has just been diagnosed with psoriasis or psoriatic arthritis is to be assertive and keep going until you find the right treatment – as the results can be life changing.”

“Medication is the cornerstone of treatment for psoriatic arthritis,” he says. “But patients can also help manage their condition by having a healthy diet, managing their weight to reduce the strain on their lower limb joints, exercising to keep joints and muscles healthy, managing stress levels and seeking help for anxiety and depression.

“Anyone who is concerned they may have the condition should raise this with their GP or dermatologist – both should be able to spot early signs of psoriatic arthritis.”