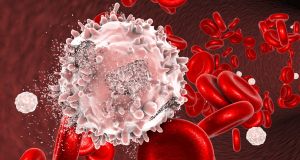 Drugs that activate the immune system to fight cancer have brought remarkable recoveries to many people in recent years.

But one of those drugs seems to have had the opposite effect on three patients with an uncommon blood cancer who were taking part in a study. After a single treatment, their disease quickly became much worse, doctors reported in a letter to The New England Journal of Medicine.

The cases are a sobering reminder that immunotherapy is still in its early days and can unleash powerful forces that are not fully understood. Patients and doctors are eager to try the treatments when other options have run out, even for cancers in which they haven’t yet been tested. Sometimes those hail-Mary efforts work.

But they can backfire.

The patients, treated last year at different hospitals, had adult T-cell leukaemia-lymphoma, which is caused by a virus. The drug was nivolumab, or Opdivo, which belongs to a class called checkpoint inhibitors. Nivolumab has been approved to treat eight types of cancer but not this type of lymphoma.

The virus linked to the lymphoma – HTLV-1 – infects millions of people around the world, with the highest known prevalence in Japan, Africa, South America, the Caribbean and parts of Australia. But only 5 percent or fewer of those infected develop adult T-cell leukaemia lymphoma; the reason is not known. The virus can be transmitted through sex, breast-feeding, needle-sharing, transfusions and transplants.

The patients described in the journal were the first three in a nationwide clinical trial meant to test the drug in 20 people with the lymphoma. But after the third got worse instead of better, researchers shut down the study, which was funded by the US National Cancer Institute. They wrote to the journal to alert other doctors to the potential risk of giving the drug, a form of immunotherapy, to patients with that type of lymphoma.

“I don’t think we should use nivolumab in this disease at all, considering our experience,” said Dr Murali Janakiram, an author of the letter, who treated a patient at Montefiore Medical Centre in the Bronx. “That’s why we wanted to get this publication out. With other T-cell lymphomas, we should be cautious that this could potentially happen but continue with the clinical trials.”

“We really were quite shocked by the results with all three of these patients,” said Dr Lee Ratner, of Washington University School of Medicine in St Louis, who designed and organised the trial.

This type of lymphoma has four subtypes, including two that are often fatal less than a year after being diagnosed. People with the other two can survive longer.

The first patient, who joined the study in February 2017 and was treated at the National Institutes of Health, had an indolent form called “smoldering” and had survived, with various treatments, for more than 20 years, according to Dr Thomas A Waldmann, a physician and scientist there. “She lived through the time from where she had infants to where she had kids in college,” Waldmann said.

But she had painful skin lesions and other signs that the disease was worsening. The doctors had run out of treatment options.

Trying a checkpoint inhibitor seemed to make sense. The cancerous cells in this type of lymphoma have a lot of mutations, and the drugs had been found to work best in that situation.

“We thought this approach in this patient would be beneficial,” Waldmann said. “What we observed was just the opposite. All the aspects of smoldering were replaced by the characteristics of the very aggressive, acute T-cell malignancy.”

Less than a week after one nivolumab infusion, the patient’s skin lesions turned swollen and warm. Her spleen became massively enlarged and painful, and there was a 63-fold increase in her levels of DNA from the cancer-causing virus. “If one has been studying and working with a patient for 20 years, one develops a relationship,” Waldmann said. “It was very disconcerting to see this.”

Doctors used radiation treatments to shrink the patient’s spleen and skin lesions. They did not know if the nivolumab was to blame, but they gave her no more of it. She seemed to return to the condition she’d been in before receiving the drug, with worsening disease. She died a few months later.

At the time, Waldmann suspected that the drug might have made the disease progress. Checkpoint inhibitors work by activating white blood cells called T-cells, a part of the immune system that should attack tumours. But in patients with this type of lymphoma, the drugs might mobilize diseased T-cells as well as healthy ones.

Still, the researchers could not be sure if the patient’s decline had just been an unfortunate coincidence. Then, a few months later, something similar happened at Ohio State University. Just days after being treated, a patient with smoldering disease developed flulike symptoms, and within a few weeks, “the leukaemia had just massively progressed into the bones and bone marrow and everywhere,” said Dr Jonathan E Brammer, an oncologist there.

She had to be taken off the study and treated with chemotherapy. Brammer said he did not know how she is now, because she had travelled to Ohio State for the study, and then went back home and continued treatment with local doctors.

“In science, when you administer a drug, you expect one outcome, but until you actually do it you don’t know what the outcome is going to be,” Brammer said.

The third patient, treated at Montefiore in November, had an acute form of the disease and had already been through several types of chemotherapy. The disease becomes very resistant to chemo, so the nivolumab study seemed like a better option than more chemo, Janakiram said. “We gave him the first dose, and within 15 days, by the time he was ready to receive the next dose, his disease was just taking off,” Janakiram said. “It was even more aggressive.”

The patient was switched back to chemo, and stabilised. He had gone to Montefiore to join the study, and then went back to his original doctors. Janakiram said he did not know how the patient ultimately fared.

Researchers at the three centres, along with Ratner, compared notes and decided to call off the study. “This is a disease that can worsen at any point of time,” Janakiram said. “But then it’s just so soon after the drug that we cannot rule out that it’s the drug causing the problem.”

Dr Jedd D Wolchok, an immunotherapy expert at Memorial Sloan Kettering Cancer Centre who was not involved in the study, said the information was important, and he agreed that patients with any type of T-cell lymphoma – and there are many – should be carefully monitored if given a checkpoint inhibitor.

“This is a time of very rapid learning,” he said.