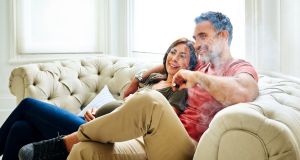 Pregnant women who resort to e-cigarettes or nicotine patches to avoid smoking may increase the risk of their new borns becoming cot-death victims, new research has suggested.

Any kind of nicotine exposure during pregnancy, whether from smoking, vaping, or skin patches, heightens the chances of Sudden Infant Death Syndrome (Sids), according to the early findings.

Scientists found that nicotine in the womb can affect an unborn baby’s central nervous system and cardiorespiratory responses to stressful environments. This could leave infants susceptible to asphyxia, especially those lacking the neurotransmitter brain chemical serotonin.

“Sudden infant death syndrome is such a distressing tragedy for families,” said Stella Lee, one of the researchers from the Geisel School of Medicine in the US. “We still don’t fully understand the causes, but this research is important because it helps mothers reduce the risk.”

The findings, published in the Journal of Physiology, showed that nicotine exposure can trigger the failure of autoresuscitation – a key safety mechanism that protects an infant from oxygen deprivation. Babies who cannot autoresuscitate are unable to recover from environmental stresses that cause a temporary loss of oxygen, such as getting tangled in bedding, or a breathing obstruction. The research involved exposing unborn and new born rats to nicotine through maternal blood or milk and then testing their response to low oxygen.

More than 10 per cent of pregnant women still smoke during pregnancy despite the known risks to unborn babies, said the scientists.

With large numbers of women remaining exposed to nicotine during pregnancy – often through replacements such as patches and e-cigarettes – there is an urgent need to understand the impact this may have in the womb, the researchers added.

Senior author Dr Aihua Li, also from the Geisel School of Medicine, said: “We will continue to identify the possible predictors of risk and consider how we can treat infants who have a compromised autoresuscitation mechanism.”

Most cot deaths occur during the first six months of life and low birth weight and prematurely born infants are at greatest risk. Sids is slightly more common in boys than girls. Cot death usually, but not always strikes when a baby is asleep.

A new way to make fishcakes that is quick, easy and delicious
7

Restaurant review: The loveliest of lunches in the south Dublin burbs
8