Playdates: because parents don’t have enough on their plate already

Despite its US origins, one part stays truly Irish: our casual approach to invites 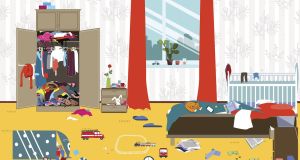 The unwritten etiquette means you should be the mother you thought you’d be, and having higher standards for the visiting children than your own.

There was the odd birthday party and on a special occasion you might be allowed have someone over from school who didn’t live in your precise locality.

On those occasions, mass hysteria and frantic cleaning occurred at home as my mother whizzed through the house in preparation, issuing orders and constantly declaring “the state of the place” at all and sundry, certain that the visiting child would report back to her mother.

As a far superior housekeeper to me, she needn’t have worried – there was never any “state” to notice or report, even had a child felt inclined to do so. Something I had always highly doubted.

Fast forward more years than I care to admit, and a new phenomenon has taken hold, one we appear to have adopted from America – the playdate. The organised, activity-filled, time-restricted, scheduled “taking place of fun” between your child and another in the playdate host’s home.

While Fridays are the usual playdate day here during school term, any day goes over the school holidays. I haven’t quite yet perfected the timings and managed to farm all of them out to their friends’ houses on the same day – but I have needed to acquire the aforementioned calendar for my children, just to keep up with their hectic social lives.

There’s an unwritten etiquette to playdates – that they should be returned at some stage is one. Another, is that you should be the best mother you can be possibly be while you’re hosting. That means being the mother you thought you’d be and having higher standards for the visiting children than your own!

Playdates have evolved in this house over time. Experience has taught me a little about what to expect across the age spectrum. Where once I might have meddled and fretted at the prospect of a playdate that saw the children play separately in different rooms, now I try a little gentle persuasion with my own children reminding them to take advantage of having their pals here. Sometimes it works, sometimes it doesn’t and sometimes your next-door neighbour calls in concerned about the screaming coming from your children’s bedroom. Those are the playdates you learn most from – and the ones you often feel less inclined to repeat.

On any given playdate, the progression is clear to see across the age span of my troops. As the older children verged on the cusp of coolness, and playdates became less about play and more about “hanging out”, a younger sibling could always be relied upon to ruin their street cred. A toddler demanding that all come admire and seal-clap the enormous poo he had produced in his potty often did the trick.

Of course, computer games and consoles have added a new dimension to the mix and challenge to that other unwritten piece of etiquette - the one that will truly see your mum skills judged. In the midst of huge excitement and child-made plans and against the backdrop of wails and protests, the better-than-usual mum you need to be, must ensure that a zombified child is not returned to their parents. It’s essential at collection time that you can honestly say to the other parent “oh they’ve been outside playing most of the day”. Sod’s law however, inevitably dictates that no matter how hard you’ve worked, when the other parents arrive, the children will be glued to the iPad.

In spite of its American origins, one part of the playdate that has stayed truly Irish is our casual approach to invitations. For many of us that first encounter with the parents of the child who is either the inviter or the invitee will be by text. There’s the possibility that a passing “hello” at most has been said at the school-gate, but a sense of “sure she’s a mammy, it’ll be grand” prevails and we allow our most precious possession to go off with a virtual stranger – remembering of course an hour into the playdate to send a text saying “I hope he’s being good – oh and what’s your address by the way?”

It was a long time coming, but it seems my mother may have been on to something all those years ago. Never having paid any heed to the state of my house before a child invasion, my domestic goddess skills, or lack thereof, were recently called into question by a first playdate.

On encountering our playroom, I was house shamed by the visiting six-year-old.

“Wow, that is the biggest mess I’ve ever seen” he exclaimed.

God knows what his mother thinks . . .