Doula: ‘Somebody on the journey who is there for you no matter what’ 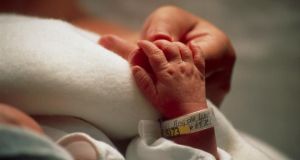 It is difficult to show somebody the value of having a doula before they have had the baby, as it is something often only appreciated fully in retrospect. Photograph: Science Photo Library

The publication this month of a new online directory of doulas in Ireland reflects the growth of interest in this role of birth assistant.

The list was drawn up by Dublin doula Krysia Lynch and her colleague Erin Darcy of Galway because, says Lynch, “I was just sick of the fact that you couldn’t find a proper directory of doulas.”

Although doulas are not regulated, there is a voluntary Doula Association of Ireland (DAI) and 23 members are listed on its site (doula.ie). Those applying for membership must have completed a course recognised by the association and sign up to its code of ethics.

The new directory (irishdouladirectory.com) had 34 entries for its launch but Lynch expects this to grow as others become aware of the opportunity to be included.

Lynch did three courses with Birthing From Within more than 10 years ago and now runs a training course. While there are various types of courses, “most, essentially, offer the same thing”, she says. Typically they involve a weekend course, covering standard topics such as physiology of birth, physical comfort, how to draw up a birth preference list, how to support somebody during a VBAC (Vaginal Birth After Caesarean) or Caesarean and how to communicate with both clients and hospital staff sensitively. Follow-up self study may also be required.

DAI chairwoman Mim Moran says, despite misconceptions to the contrary, the association is not affiliated to any one training course but has a list of modules it expects any prospective doula to have covered. The “hands-on element” of workshop courses is key, rather than doing it by distance learning.

Moran, from Swords, Co Dublin, who has five children ranging in age from 16 to three, trained as a doula in 2006. It can be a really big challenge and it is important, she stresses, to put your own experiences behind you and not try to help people to have the birth you feel they should have, rather than what they want.

Moran’s dreams for the DAI are to establish a big membership with a centralised database, so that anybody in the country can access a doula, and that services might be subsidised for those who want one but can’t afford it.

The basic package that most doulas offer covers a free pre-meeting, two antenatal visits, continuous care during early labour at home and on transferring to hospital until after birth, plus a postnatal visit. The average cost is about €750. For the doula, being on 24-hour call for up to five weeks – from 37 weeks onwards in a client’s pregnancy – is probably the most demanding part of the job.

It is difficult to show somebody the value of having a doula before they have had the baby, Lynch says, as it is something often only appreciated fully in retrospect.

“How do you quantify the fact that you will have somebody on the journey who will be there for you no matter what?”