Over the counter and under the radar: the problem with painkillers 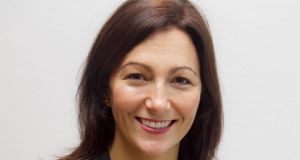 Kathy Maher, president of the Irish Pharmacy Union, says it can be obvious if someone has a potential problem with codeine. Her suspicions are aroused if ‘textbook answers’ are provided to the questions pharmacists normally ask during sale. 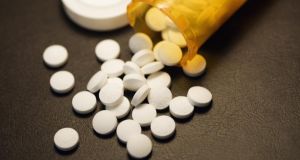 The therapeutic benefits of the poppy plant were discovered thousands of years ago, and today we still avail of its pain-relieving properties. Yet its highly addictive nature meant that the problem of opioid dependency grew almost as rapidly as its popularity.

Opioid dependency is not confined to illegal “hard” drugs such as heroin or prescription painkillers such as morphine; the sale of over-the-counter (OTC) painkillers containing codeine has been restricted since 2009 due to concerns about their potential abuse. For people taking large doses daily, the paracetamol and ibuprofen contained in these medications can cause long-term organ damage and even death.

It’s all part of the increasingly complex pattern of drug dependency and addiction, with young successful men and wealthy middle-aged women emerging as the new addicts, according to Dr Suzanne Nielsen, an addictions expert and pharmacy practitioner at the University of New South Wales in Australia.

Next week, Nielsen will deliver a public lecture in Waterford Institute of Technology about pharmaceutical opioid problems and changing treatment needs. She says dependence on over-the-counter codeine has been growing rapidly in many countries; for example, the numbers seeking treatment in Australia have almost trebled in the past 10 years.

In previous research, Nielsen had identified those most likely to be dependent on pharmaceutical opioids as older, wealthy women; she says that patterns are changing now, and while older females still have higher levels of dependency, there is a large increase in the number of young men misusing codeine. “It’s a changing pattern over time and shows why we really do need to be monitoring this problem, because it does easily get missed and the consequences can be fatal.”

A 2009 study found that 97 per cent of pharmacists in Ireland believed there was a misuse and abuse of OTC codeine products in their pharmacy, yet it is not that easy to identify a patient with a problem, says Nielsen. “It is a real challenge. Our research has shown that pharmacists have often previously used customer appearance to identify those who they think are at risk of dependence. So when we have these populations of people such as older women – people employed in good jobs, such as teachers and nurses – they are less likely to arouse suspicion,” she explains.

Nielsen and her research team are working on specific screening tools for pharmacists. “Once people are dependent, in many cases it’s too late. It’s much harder to make a decision not to use something when you’ve got a physical dependency and you are sick without it.”

Kathy Maher, a pharmacist in Duleek, Co Meath, and president of the Irish Pharmacy Union, says the introduction of the regulations on OTC codeine sales merely formalised what pharmacists were already practising, but admits that sales of these products have “fallen off a cliff” as she feels people may be too embarrassed to ask for them.

Maher says it can be obvious if someone has a potential problem with codeine. Her suspicions are aroused if “textbook answers” are provided to the questions pharmacists normally ask during sale.

“Pharmacists have always been a very good safety net and the guidelines have simply strengthened that. The patients with the rehearsed, textbook answers are the ones I would be concerned about.”

Nielsen says that by the time some people seek treatment, they can be taking anything from 60 to 100 tablets a day. But the different needs of people dependent on pharmaceutical opioids mean that traditional addiction services geared towards heroin users are inappropriate. “Many have significant pain conditions and may not have previously been exposed to street-based drug use, so sometimes treatment services could use some reorienting in order to address the needs of a broader population,” explains Nielsen, who adds that treatment outcomes for people dependent on pharmaceutical opioids are quite good, with less-intensive treatments often very effective.

“So we have the treatments that work, but getting them to the people who need them is the challenge.”

Nielsen’s lecture is free and open to the public. It is hosted by the Codemisused Project at Waterford Institute of Technology and will take place at 6pm on Monday, September 7th, in the main auditorium at the Cork Road campus.