The green-eyed monster can cause uncontrollable anxiety and anger. We must learn to tame it 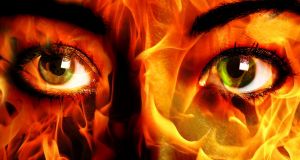 Jealousy instils anger, causing untold damage to a relationship. And, tragically, the Green-Eyed Monster can be the very thing that drives away the person one most desires. Photograph: iStock

Jealousy is a dangerous emotion – it can hijack your mind, ruin your relationships, destroy your family, and, in extreme cases, even lead to murder.

Jealousy instils anger, causing untold damage to a relationship and fuelling everything from passive-aggression to stalking, domestic violence and a chilling obsession with control. And, tragically, the green-eyed monster can be the very thing that drives away the person one most desires.

Yet, jealousy is a very old, very natural, and very human emotion – as Saint Augustine once observed, “He who is without jealousy has never loved.”

“I have seen good people struggle with jealousy. They love their partners and want to trust and grow together,” observes Robert Leahy, Clinical Professor of Psychology at the Department of Psychiatry, Weill-Cornell University Medical College and New York Presbyterian Hospital.

Some people are jealous by nature. Others really may have something to be jealous about, Leahy observes – it’s a personal judgment call.

But here’s something to think about: jealousy over a loved one’s interaction with others can escalate into uncontrollable anxiety and anger, resulting in guilt and shame.

“One woman cried with shame and fear because she was losing control and ruining her relationship,” he recalls. “Sexual jealousy is the most common cause of domestic homicide in the US,” he observes, adding that jealousy affects men and women differently.

Men tend to be more jealous of sexual infidelity, while women are more jealous of emotional infidelity. Their reactions are also very different. “Men are more likely than women to kill spouses, but both men and women kill over jealousy. Jealousy causes aggression, physical abuse and murder and its negative effects are exacerbated by alcohol.”

While intensely jealous men are more likely to kill their partner, he says, extremely jealous women can tend more towards killing themselves and their children.

Jealousy is essentially always about three people, and it’s often an intense, angry emotion – the word jealous, he explains, derives from the Greek word for ‘zealous’.

It is this very passionate aspect of jealousy which overwhelms, explains Leahy, who is also director of the American Institute for Cognitive Therapy and author of The Jealousy Cure. “Jealousy is an extreme emotion that overrides rationality. If I’m jealous, I will suddenly experience a sense of humiliation and the fear of loss. Jealousy is never neutral.”

One client, he recalls, hoped that the woman he was with would become his life partner. Instead, the man’s jealousy led him to interrogate his lover, accuse her, and stalk her on social media.

“Another man loved his wife and three children, but was so overwhelmed by jealous feelings that he thought it would be better to kill himself. Fortunately, he didn’t and was able to rescue his marriage from the jealousy that had overtaken it.”

It’s very natural to experience jealousy at some stage, but if unchecked, it can become all-consuming and deeply toxic to a relationship, warns Dublin-based relationship therapist Eithne Bacuzzi.

She believes about one-third of couples are forced to grapple with jealousy at some stage in their relationship. “I am aware of one case where a person’s whole life was spent policing a partner on the internet through emails and social media.”

The jealousy in this relationship became all-consuming, she recalls. “The person’s preoccupation with policing their partner became obsessive – everything else faded into the background. Jealousy is very common. It’s very hard to put a figure on it but I would estimate that some 30 per cent of couples would be affected by it.”

Jealousy is also a common factor in the area of family law, where couples are separating and where there is a disagreement over the children, observes Dr Patrick Ryan, a psychologist specialising in the treatment of children and adolescents and Director of the Doctoral Programme in Clinical Psychology at the University of Limerick.

He believes jealousy is dangerous because it tends to be unregulated. “As a clinician, when you come in contact with jealousy, you come across very raw emotions,” he says, adding that the “conglomeration of emotions” in which jealousy is rooted, is so raw, so visceral and so intense that people can “feel the need to do something physical to get rid of the huge energy that comes with it.

“It is so powerful and so overwhelming in that it makes us react to a situation rather than to think it through and give a response.”

The actions that can stem from jealousy can jeopardize the very relationship that the jealous person is fighting to protect, warns Prof Leahy – and here’s how:

– A person overtaken by jealous passion begins to see threats everywhere – he or she will, for example, misinterpret a partner dressing nicely or behaving in a friendly way to a member of the opposite sex.

– Next, a perceived intruder into the relationship is identified. This is followed by what Leahy calls “a threat focus” and an over-riding emotion that “affects everything you think or feel. You begin reading minds,” he observes. “You believe that you know what your partner is thinking and feeling.”

– Soon the boundaries between a jealous person’s suspicions and the reality of a situation begin to blur and the jealous person treats his or her thoughts as if they are reality: “You become hijacked by your thoughts. An incredibly intense emotion keeps fuelling it.” These strong emotions override the jealous person’s sense of reason, until, warns Leahy, her or she comes to completely believe that a partner is being unfaithful.

– Next, he says, the jealous person begins to attempt “to try to know everything”. They check their partner’s emails and/or texts, stalk them on social media, “test” their attitudes or engage in intense interrogations about what their partner has been doing. After that comes an attempt to control their partner’s behaviour with threats, either to the loved one or to an acquaintance who is viewed as a competitor: “A threat can be psychological – withholding affection, insults, threats to leave and take the kids.”

There may also be attempts to undermine the perceived competitor by sneering or making offensive remarks.

The result of this negativity towards a partner or towards a perceived competitor can be devastating, Leahy warns.

“Jealousy is a strong, and sometime dangerous emotion that deserves respectful consideration,” he warns. “It drives the partner away or makes them defend or counter-attack. Jealousy is the emotion that can plague you, drive friends apart, and disintegrate families. It is the stuff of songs, sagas, tragedies, and poems.”

Jealous much?
Some strategies to avoid relationship meltdown:

– Normalise it. Think about a romantic relationship as a large room with different experiences, emotions, thoughts and memories, suggests Leahy. “Understand that in any committed relationship there has to be room for a certain amount of jealousy.”

– Stop checking, tracking and internalising. Set aside 30 minutes a day on which to focus solely on your jealousy. “Worry about the future, ruminate about the past. Do it over and over. It will take the fuel out of the thought,” Leahy recommends.

– Practise the Boredom Technique. Repeat silently to yourself for 15 minutes daily: “My partner could be unfaithful to me.” Do this over and over, suggests Leahy, who explains: “The more you do it the more bored you get. Eventually you cannot focus on the thought, as it has become very boring.”

– Do the opposite to how you feel. Be positive towards, and do positive things with, your partner rather than interrogate or punish him or her.

– Express compassion to the object of your jealousy. Say: “I know I’ve been jealous and that this is difficult for you. I am sorry I upset you. Expressing compassion can open up the relationship instead of driving the partner away,” Leahy explains.