Pregnancy loss is too often seen a subject to avoid. Not necessarily 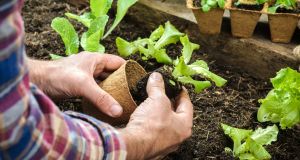 Tender plants: we should be willing to listen to people about their emotions around miscarriage, infertility and termination

Pregnancy loss, including miscarriage, infertility and termination can bring pain, silence and hiding – and you have to wonder just how wide and deep is the sea of emotional distress that is hidden from most of our eyes most of the time. In the case of men it is more hidden, I think, because men so often suffer in silence, though many women are silent too.

I was led to these reflections by an article by Brighton-based counsellor Jojo Gosney in Therapy Today, published by the British Association for Counselling and Psychotherapy.

“I often wonder why there is such silencing shame around miscarriage,” she writes. It has often struck me too that miscarriage, especially in the early stages of a pregnancy, is not viewed with the seriousness it deserves as a terrible event in the lives of the prospective parents.

Indeed, we can very easily end up isolating people at the very time they need our support. She gives the example of one woman whose baby died at around 12 weeks. Other people just didn’t know what to say and some solved this dilemma by avoiding her and her partner. He stopped talking about it and the hospital just told her to try again.

Men, she says, “often provide a solid source of support and comfort to their partner while she endures a painful labour and delivers a child that never draws breath”.

But outside that relationship there is often no place for the man to express and go through his grief.

When the miscarriage is preceded by years of IVF treatment, the blow is all the greater as these years may have “dwindled their finances and emotional resources”.

Some couples are strengthened by these experiences. Others, however, hide away from a world “peopled by babies, pregnant women and proud fathers with their children”.

She points to recent research which suggests that as many as 40 per cent of women have symptoms of post-traumatic stress  three months after an early miscarriage. Post-traumatic stress is characterised by symptoms that can include flashbacks, intrusive dreams/nightmares, irritability, heightened reactivity, anxiety and a sense of disconnection from one’s surroundings.

“Prenatal classes have only prepared these parents for the practicalities of pregnancy, birth and early childcare,” she writes.

The grieving parents lose not only their child but their dreams.

“Men can also suffer in silence and alone with decisions to terminate a pregnancy,” she writes. She gives a variety of examples – a woman who had an abortion because she already had teenage children, couples ending a pregnancy after a foetus is discovered to have abnormalities, and a woman who had an abortion as a young teenager at a time when attitudes to single parenthood were harsh compared to today. A common thread in the emotional aftermath of these experiences is silence, not being able to talk to other people about it.

Between 1980 and 2009, almost 150,000 Irish women had abortions abroad, the Irish Family Planning Association has estimated. Yet it’s rare to hear anybody talking about their abortion and their feelings around it.

Indeed, it is noticeable that Gosney’s examples are, it is reasonable to assume, based on women living in the UK where abortion has been a right for a long time, yet even there people don’t get to talk about their feelings afterwards, it would appear.

What I’m interested in here is the emotional needs of people affected by abortion. Whatever the outcome of a referendum on the Eighth Amendment, people will still need to be heard.

Pain is often lessened through being shared and, regardless of whether we know what to say, we should be willing to listen to people about their emotions around miscarriage, infertility and termination. We generally don’t know if someone has had an abortion but we are far more likely to know if they have had a miscarriage. If we could even begin to talk about that, to women and to men, or to listen to them, it would be a start.

Róisín Ingle: After seven months of this headwreck, what needs to be done feels harder than ever
8