I can’t stop thinking about my ex-boyfriend

Tell Me About It: My current boyfriend is very good to me but I don’t feel the same connection 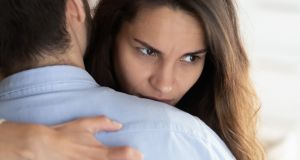 You have two issues going on here: regret and decision-making. Photograph: iStock

Question: I have been with my current boyfriend for nearly three years but I still think about my ex nearly every day. He broke up with me and I haven’t seen him since, despite him reaching out a few times.

It was a really bad break-up and I was heartbroken. I know now that the relationship wasn’t good for either of us, and it’s not so much that I would like to get back with him, it’s more the comparison with my current relationship that is troubling me. Whatever else about the previous relationship, my ex and I had a really strong connection. I felt like he understood me and vice versa. I felt really close to him.

1 Inside Meghan and Harry’s broken relationship with the royal family
2 ‘It was pitch black’ - Rescued teenager describes night afloat with her cousin in Galway Bay
3 Anne Doyle: ‘Depression? I know what it is, and it’s a b*tch’
4 David McWilliams: It is time for a major property reset
5 Inside the O’Brien Fine Foods factory in lockdown Kildare
6 A million trees, including 400,000 oaks, to be destroyed this week
7 36 hours on Northern Ireland’s Causeway Coast: ‘Everyone is having a wild time’
8 Garda killer Aaron Brady will be almost 60 by time he leaves prison
9 Over 400 complaints from migrant workers at meat plants lodged with WRC
10 ‘I’m going to ask you something,’ Sorcha goes, ‘Have you two been sleeping together?’
11 Britain fails yet again to take Ireland into account
12 Irish team wins international competition with dementia app
13 The hatred of HP Lovecraft: Racist, anti-Irish bigot and horror master
14 Jennifer O’Connell: Why is Trump afraid of Kamala Harris?
15 Politicians opt for staycations where peace may be hard to come by
16 Inside Meghan and Harry’s new $14.7m nine-bed, 16-bath California home
17 Conor Pope’s staycation diary: ‘It’s like I’m staring at a Polaroid of my childhood holidays’
18 Worst sporting moment: White knuckle ride on a hate-filled night at Windsor
19 Aaron Brady, the man who said with pride he was a cop killer
20 Covid-19: Almost 50,000 more people waiting for outpatient appointment since start of year
21 Shane Kenny convinced Achill water contamination triggered medical relapse
22 ‘It was like somebody put a furnace in my core’: Michelle Obama on menopause
23 Biden-Harris: A force to be reckoned with
24 Lebanese roots keep things in perspective for Michael Cheika
25 Homeless man spoke about Covid-19 challenges month before death
26 Schools urged not to demand clean uniforms each day
27 Carrick-on-Shannon native left reeling by plan to raze home
28 Maria Steen: Only a sick society can see children as a burden
29 ‘A smoking gun’: Infectious coronavirus retrieved from hospital air
30 Mike Pence fretting as Kamala Harris shakes up Republicans
31 Nine tenants evicted from north Dublin property by men in masks and dark clothing
32 Bayern hit Barcelona for eight on madcap night in Lisbon
33 Tipperary mushroom plant suspends work as staff test positive for Covid-19
34 Guardiola says tournament format favouring lesser teams
35 Housing activists assist tenants to re-enter property following eviction
36 A freshly enthusiastic Tubridy returns to airwaves
37 Whereabouts rule harsher on some athletes than others
38 Fresh uniform every day? Some schools do solo runs
39 Fergal Keane: I have never felt such a longing for home
40 Two Irishmen held in UK on suspicion of planning to carry out kidnap
Real news has value SUBSCRIBE