Gay Byrne: My father and the first World War

The broadcaster, who was amazed by his father’s survival, has made a film about the Irish soldiers who served in the British army 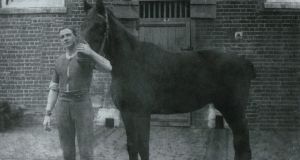 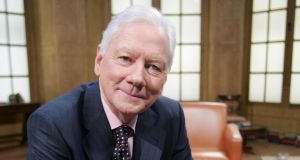 Gay Byrne: regrets never having had an adult conversation about the war with this father. Photograph: RTE

When Gay Byrne’s mother, Anne, married his father, Edward Byrne, in 1917, she promised to go to Mass every day of her life if he survived the first World War. It was a promise she fulfilled when Pte Byrne returned to civilian life in 1919. His survival was a minor miracle.

He was part of the British Expeditionary Force, the “Old Contemptibles” as they called themselves, who went to France when war broke out in 1914.

According to an account by another Irish British Expeditionary Force veteran, John Lucy, 96 per cent of them – the regulars who were already in the British army when war broke out – were killed or wounded by the end of 1914.

Pte Byrne survived the slaughterhouses of the first and second battles of Ypres, the Battle of the Somme and a reckless and ultimately futile cavalry charge at Le Cateau, in northern France, that ended when 100 of his regiment were killed or injured. That happened just a month before the war ended, in November 1918.

His son Gay has made a documentary, My Father’s War , about his war service and, by extension, about the 200,000 Irishmen who fought in the British army and were written out of the official narrative of Irish history afterwards.

The son of Alex Byrne, a coachman to the earl of Meath, Edward Byrne grew up in Co Wicklow around horses and joined the 19th Royal Hussars in 1912, two years before the war broke out.

Seven of his brothers also fought in the war. One, Daniel, died from complications caused by gas poisoning a year after the war ended.

“They didn’t join up for king and country and to save little Belgium. They were really farm labourers, and the earl of Meath made it quite clear that he couldn’t sustain them all. There wasn’t enough work on the estate. The next best thing was to join the British army and see the world,” Byrne says.

The atmosphere surrounding the remembrance of Irish involvement in the first World War has changed completely since Byrne announced on his radio show in 1988 that he would wear a poppy on that Friday night’s Late Late Show to commemorate the 70th anniversary of the armistice.

“All hell broke loose from the usual sources: all the Gaeilgeoirí, the nationalist gits and everybody making a fuss and a noise. I was besought by RTÉ not to do so,” he says.

Eventually it was his brother Al, who was active in the Royal British Legion, who persuaded him not to go ahead with it, as the legion believed it might harm its fundraising efforts. “In the end I didn’t do it, solely for that reason,” Byrne says.

The cavalry were the elite of the British army, but they found their meticulous training to be no match for the power of the machine gun. The cavalry regiments were largely held in reserve – and then their men found themselves in the trenches, such was the attrition rate among the infantry.

The most poignant moment in the documentary occurs at a war cemetery in Ypres when Byrne breaks down after being told about the German assault on his father’s trenches during the night of May 13th, 1915.

During the horrendous second battle of Ypres, when the Germans used gas to try to break through the Allied lines, Pte Byrne’s unit was involved in hand-to-hand combat, with bayonets and revolvers, in the front-line trenches.

“I’m filled with a sense of wonder about the random nature of life and combat and war and the fact that this guy survived all of that, and those other unfortunates are here for all eternity,” he says.

In comparison with so many of his contemporaries, Edward Byrne returned home not only alive but in good physical condition. He got a job at Guinness, which was well disposed to returning soldiers, and reared six children, of whom Gay is the youngest, but Edward’s mental health was ruined.

Byrne says his abiding memory of growing up on Rialto Street was his father waking, screaming, in the middle of the night – terror that his son believes was caused by the trauma of the war.

Many who lived through the conflict never spoke about it afterwards. “I regret we never had an adult conversation about the war,” says Byrne of his father, who died in 1952, when Gay was doing his Leaving Cert. “I often wonder if [he and] his brother Dick [talked] about it among themselves. I simply don’t know, and I never will.”