How running helped me change my life

Not only did my body change but so did my mind, enabling me to start my own business 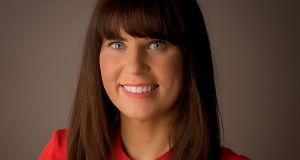 Margaret Young: “The contrast between how happy I was running and how miserable I was at work became glaring”

I started running four years ago. I was under pressure at work at the time and it seemed like a good idea to try a new sport for stress relief. I also admired the figures of some runners I knew – I admit, there was an initial superficial reason.

At first, I ran where no one would see me. At 6am. In a field. With sunglasses on. Wearing a heavy cotton T-shirt (in a heatwave). I started running 100m and walking the rest of the route. Very gradually the distance increased, until I was up to 3km.

Also slowly, I became less self-conscious and started running at times that suited me, rather than hiding from people who I realised were not judging me after all. When I did my first Park Run, which is 5k, I had a sore neck from looking behind me to see if I was coming last.

Slowly, I got better, which isn’t to say I got much faster. I didn’t – I just got much more comfortable. It took a while to stop saying “I jog”, or “I’m not really a runner, I’m not fast”.

Not only did my body change, but something happened with my mind. I frequently got good ideas and inspiration while running. The contrast between how happy I was running and how miserable I was at work became glaring. It sowed the seeds of an idea to start my own business. I missed the endorphins if I stopped running for a few weeks. Running gave me energy and increased my productivity and clarity. I needed the stress relief. I found I enjoyed competing against myself.

After a few years, 50 park runs, many 10k races and four half marathons, I find myself quitting my safe, pensionable job to set up my own business, Margaret Young Business Services. While on a run recently (where else?) it occurred to me that running has taught me so much about myself and life. The more I thought about it, the more I realised the parallels between running the sport and running a business. Would I be able to cope with the trials and tribulations of a start-up without the lessons learned from running? I really don’t think so.

Just as I went from almost apologising about running to being able to say “Now I am a runner”, I went from being reticent about starting a business to being proud to call myself an entrepreneur.

Some days you run and it is just rubbish. Your legs feel like lead. You feel slow, sluggish and just wish you hadn’t bothered. Other days you have a fabulous run. It is then you realise that all the miles you racked up when you weren’t feeling it, have actually strengthened your legs, improved your lung capacity and increased your glycogen stores. The bad runs are what make the good runs good.

It’s the same with business. All the days I plough away, getting nowhere, hearing no, slogging away on ideas that seem to go nowhere – they are actually the building blocks to the successful days. All the work I do when I’m struggling lays the foundations for the yeses, the new clients, the success. So on bad days, I can rest assured that better days and runs are coming.

Signing up to do a 10k when you have only worked up to 5k is nerve-racking. Signing up for a half-marathon when your longest distance is 10k is the same. In business, every day you take risks – to leave your job, to invest money in yourself, to put yourself out there to be rejected. You learn from running that you can do things you never thought you could and then do them again, even faster, and how to apply this to commerce.

Just as I only worry about my own timings and personal bests, and I compete only with myself in running, I don’t worry about how well my business competitors are doing. All that matters are my goals, whether they be financial or otherwise.

When I broke my wrist and was advised against running for six weeks, I missed the endorphins so much, I felt frustrated and miserable. It was hard to motivate myself in a business sense, too. Okay, I was hindered a bit by having a plaster cast on my arm, but mentally I wasn’t the same. I struggled to be creative without running. The inspiration was still there, of course, but I couldn’t access it.

Running is the business, it really is.

Read: What running does to your brain