Feel like a challenge? The growing list of adventure races and endurance challenges are turning Ireland into an extreme sport destination. Here are 10 events for novices and naturals 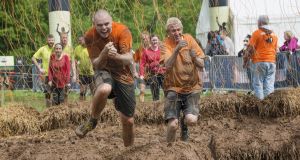 Over the last 10 years Ireland has become a popular destination for adventure racing and endurance events of all shapes and sizes. Though some of the events listed below may sound intimidating, and even exhausting to just read about, almost all of them have a novice version which any reasonably fit individual could accomplish with a bit of effort and preparation.

The Race is a 250km unsupported endurance event across north west Donegal. Competitors complete 15km of kayaking, 166km of cycling, 5km of mountain running and 64km of road and trail running. It’s considered the ultimate 24-hour Irish test of endurance, and gets booked out months in advance.

If you fancy subjecting your body to it, then put your name on the 2016 cancellation list now, or sign up for 2017. It’s purposefully held in early March to ensure bad weather. The idea is to create the toughest of courses at the toughest of times in the most beautiful of locations. It’s more about how you cope mentally with the wind, rain or snow, than your fitness level. Only 150 ‘victims’ are allowed compete to protect the ecologically sensitive areas of Glenveagh National Park. Entrance cost: €600 (the majority of which goes to Self Help Africa. Includes kayak, meals and accommodation) Date: March 4th-6th, therace.ie

Quest Adventure Series
This nationwide series aims to make Ireland an international centre for adventure racing in 2016, with one-day multi-adventure races combining running, cycling and kayaking in Killarney, Achill and Glendalough. They are aimed at the general public rather than fitness fanatics, with courses ranging from a “gentle” 25km sport route, to extreme 60-70km routes.

Your entrance fee gives you access to the fully marshalled course, with free kayak rental, free after-party and food, and free massages and hot tubs at the finish line. Entrance cost: €85 Date: First in the series on March 12th in Killarney questadventureseries.com

Moonlight Challenge
If adventure racing in the moonlight excites you, then prepare yourself for the Moonlight Challenge next November, a 27km run through some of the most spectacular scenery in the Wicklow mountains.

It’s the main fundraising event for the Glen of Imaal Red Cross Mountain Rescue Team and is fully facilitated by them. So far, it has funded their Mountain Rescue Base and a mobile command vehicle to replace their tired old Transit.

You set out in the afternoon of the full moon, walking through the twilight towards the dark mountains. The route, albeit challenging in distance, is well within the reach of any person of reasonable fitness. Entrance cost: €45 Date: April 30th, moonlightchallenge.com

Clare Island Adventure Race
This is the fourth year for Clare Island to hold an adventure race: enough time to have wrinkles ironed out, but still feel fresh and vital. It’s a ‘boutique’ race, small in numbers but rich in experiences.

Novices are welcomed and encouraged to participate in the run, which is not without its challenges: scaling Knockmore is an ordeal even for seasoned adventurers.

The total course is 24km, consisting of a 5km run, a 13.6km cycle, a 5km run/climb, followed by the final dash to the finish line through a beach obstacle course. The entry cost includes the ferry to the island and an after-party at the Sailor’s Bar which is where you are likely to stay too – in a modern dorm room. Entrance cost: €45 Date: April 30th, clareislandadventures.ie

In 2016, the Irish leg of the Enduro World Series will be held on Carrick mountain in the Wicklow hills. The best bike riders in the world will compete. You can join the spectators on the day, or opt to try the same cross-country and downhill trails yourself on one of the public event days organised by biking.ie. Enduro is virtually unique among top-level world racing events in that regular riders can sign up to race alongside the world’s best. Date: May 13th-15th, biking.ie

Coast to Coast
Multisport Race Across Ireland This cross-border adventure race run by Northern Ireland’s specialists in this (muddy) field, 26 Extreme, begins in Enniscrone, Co Sligo and traverses Ireland west to east for 316km. Participants cycle, paddle and run through stretches of truly overlooked terrain and forgotten villages along the Shannon-Erne Waterway on their route to Newcastle, Co Down.

You can either attempt the entire route in one tortuously long day of light and dark, or opt for the two-day version in which you need to cover 152km on the first day, running on sandy beaches, cycling along deserted roads and paddling inland waterways before finishing at the shores of Lough Erne, Co Fermanagh. On day two you cycle along quiet roads and run across the Mourne mountains to cover the 157km to the shores of Co Down. It is branded, without perhaps too much exaggeration, as “the toughest multi-sport race in Ireland and one of the toughest in Europe”. Entrance cost: €170 Date: May 14th-5th, 26extreme.com

Clare Burren Marathon Challenge
Marathons are 10-a-penny in Ireland, with dozens of them scattered across the island, but what makes this so special is the Burren itself. There are full, half or mini marathon options, all of which start in Ballyvaughan and take you up and over various trails before bringing you back again to the seaside having visited the Caher Valley, Fanore and Black Head, if you took the longest route, or up around by Cappananwalla if you opt for the shortest.

Trail running experience will help a lot, not to mention an ability to jump walls and scale the sides of low cliffs. In fact, this would be the ideal marathon for a goat. If you are in fact human, then consider just enjoying the majesty of the place as you run, rather than trying for a “personal best”. Date: May 28th, clareburrenmarathonchallenge.com 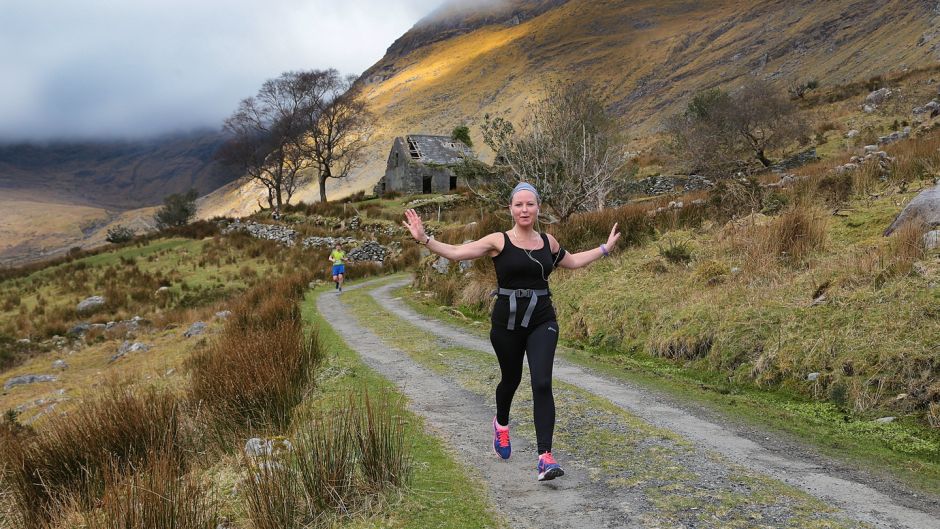 Tough Mudder, Loughcrew, Co Meath
Tough Mudder is a Gonzoesque marathon with Jackass attitude: a 20km obstacle course designed to mess with your body and your mind.

It is inherently not about winning, according to the organisers, but about overcoming gruelling challenges and helping those frailer than yourself. There’s an awful lot of hype and braggadocio, but participants seem genuinely hyped by the camaraderie they experience on the course.

The last five years have seen 150 events worldwise with some two million participants. In July, it returns to Lough Crew, Co Meath with a new gut-busting course, including the notorious electrified wires capable of delivering 10,000 volts of shock, allegedly. You can enter solo, but most compete as a team. This year there’s also a one-mile race for children and observer tickets are available. Entrance cost: Early-bird tickets until February 18th €85-95. Date: July 9th and 10th, 2016, facebook.com/toughmudderireland, toughmudder.co.uk

Gaelforce West
Ever since Killary Adventure Centre dared to imagine organising the biggest one-day adventure race in Europe in 2006, between Connemara and south west Mayo, Gaelforce West has set the standard for the sport in Ireland.

This 67km trail across mountain scree, bogland, forest tracks and the majestic waters of Killary fjord takes in the wonders of Connemara, Delphi valley, Mweelrea, Croagh Patrick and Westport. You join more than 3,000 people on the 21km of trail and mountain running (or walking), 45.5km of cycling and just under 1km of kayaking. Entrance cost: €75 Date: August 20th, gaelforceevents.com

Hardman Long Distance Triathlon, Killarney
A triathlon is never going to be easy or altogether pleasant, but enduring it amid the beauty of the Ring of Kerry may help alleviate the pain. It begins with a 3.8km swim in the lakes of Killarney, which is basically two laps of the eel-rich black waters of Lough Leane. This is followed by a 180km bike ride up to Molls Gap and out through Sneem, Waterville, Cahirciveen, Glenbeigh, Killorgan and back to Killarney.

The whole ordeal ends with a 42.2km run through the Knockreer Demesne in Killarney National Park. Iron Man rules means you are not allowed cluster with others; the torture must be experienced in solitary. Entrance cost: €190 Date: August 20th, hardman.ie

Two Irish citizens with coronavirus ‘not resident in Ireland’

10 great places for a family lunch in Ireland
7

Why do we feel sicker at night?
Real news has value SUBSCRIBE