Living on the List: While the human cost of suffering was in painful plain sight, the documentary failed to get to grips with why the system is broken 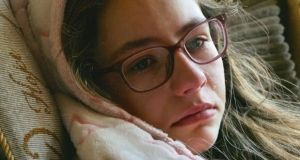 Left waiting in pain: 13-year-old Megan Halvey Ryan who has curvature of the spine

Anyone watching RTÉ Investigates television documentary Living on the List would have been shocked by the individual cases which are a fair representative of patients on waiting lists throughout the country. As a GP, it is both hurtful and demoralising to be at the other end of these waiting lists.

We are the doctors who refer these patients and it is awful to practice medicine where a private patient can get a hip replacement within six to nine weeks whereas a public patient can wait three years for the same operation. In those three years, the public patient will suffer pain, insomnia, secondary depression, analgesic side effects, and have a higher risk of falling.

It’s useful to remember how the documentary on Suzie Long [the public patient who died waiting for cancer treatment in a public hospital] 10 years ago changed the way cancer treatment was delivered. Smaller cancer units were closed down amid strong protests, and resources were concentrated in bigger units, giving a more effective and efficient oncology service. It took five to seven years for this to happen but it really made a difference to our cancer care outcomes.

Living on the List covered a lot of cases which clearly need to be understood. But in terms of analysing what is going on in the health system causing these waiting lists, it was unsatisfactory.

Irish healthcare spending is comparative to other European countries. We have a younger population, but our health outcomes are not as good as other economies. This programme failed to look directly at why this is happening in Ireland, and why Ireland is behind these other countries.

I would argue that spending more money on beds and staff in a hospital system that isn’t reconfigured will not improve waiting times for public patients. We have about 2,000 hospital consultants in Ireland and about 6,000 junior hospital doctors. The consultants are the senior decision makers who operate from 9am-5pm each day (being on call from home is not the same as being in a hospital). Many of them work exceptionally hard in a very difficult public hospital system.

Junior hospital doctors are careful, cautious decision makers who will bring people back again and again for outpatient appointments, rather than discharging those who don’t need follow-ups. Inadequate presence of senior decision makers is unfair on the junior hospital doctors, and on the public patients who are effectively locked into this system.

I would argue that we need to invert the ratio of consultants to junior hospital doctors so that hospital consultants are in hospitals at all times and each department of the hospital can operate effectively on a 24/7 basis. Currently, many departments in public hospitals only operate 30-40 hours per week.

Putting more money into the National Treatment Purchase Fund is a very temporary fix if the main public hospital system remains unreformed. It is seductively easy to spend €500 million on the fund – as has been mooted by the Minister for Health Simon Harris for 2018. But without changing the way the public hospital system works, this money will not materially benefit public patients in the long term.

This programme condemned but did not ascertain the reasons for the failure to maintain reliable waiting lists. In the public hospital system, it is remarkable that in 2017, most clinical records are still kept on paper. It’s no wonder crucial information goes astray.

Arguably, Dunnes Stores has a better method of stock inventory for its goods than our public hospital system has for tracking people. We need electronic medical records for patients, so that they can be accurately tracked from when they are sent in by their GP, right through to the end of their treatment. All of this should be visible, reliable, transparent and run on real time electronic systems.

Ultimately, the programme was disappointing because it didn’t analyse why people were on waiting lists for so long. We have about 37 public hospitals in Ireland and there is a school of thought which suggests we should only have 15 or 20 hospitals, working effectively and efficiently, with the rest of them used as step down facilities.

Currently, specialists are spread too thinly in our hospital system. There should be more of them, and they should be concentrated in bigger units, so that Irish tax payers get better value for their very generous spend on public medicine.

This makes it more likely that public patients will get more timely and efficient care. Increasing the spend on the public hospital system, or on the treatment purchase fund, without intelligent reform, is a recipe for disaster . On its own, it is a politically seductive, but fatally flawed strategy – throwing money at a complex problem is nothing more than another short-term fix.

In conversation with Sylvia Thompson