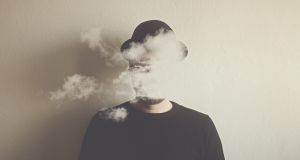 After contracting Covid-19 in March, Michael Reagan lost all memory of his 12-day vacation in Paris even though the trip was just a few weeks earlier.

Several weeks after Erica Taylor recovered from her coronavirus symptoms of nausea and cough, she became confused and forgetful, failing to even recognise her own car, the only Toyota Prius in her apartment complex’s parking lot.

Lisa Mizelle, a veteran nurse practitioner at an urgent care clinic who fell ill with the virus in July, finds herself forgetting routine treatments and lab tests, and has to ask colleagues about terminology she used to know automatically.

“I leave the room, and I can’t remember what the patient just said,” she said, adding that if she had not exhausted her medical leave she would take more time off. “It scares me to think I’m working,” the 53-year-old said. “I feel like I have dementia.”

It is becoming known as Covid “brain fog”: troubling cognitive symptoms that can include memory loss, confusion, difficulty focusing, dizziness and grasping for everyday words. Increasingly Covid survivors say brain fog is impairing their ability to work and function normally.

“There are thousands of people who have that,” said Dr Igor Koralnik, chief of neuro-infectious disease at Northwestern Medicine in Chicago, who has already seen hundreds of survivors at a post-Covid clinic he leads. The effect on the workforce that is affected is going to be significant, he added.

Scientists aren’t sure what causes brain fog, which varies widely and affects even people who became only mildly physically ill from Covid-19 and had no previous medical conditions.

Leading theories are that it arises when the body’s immune response to the virus does not shut down or from inflammation in blood vessels leading to the brain.

But research on long-lasting brain fog is just beginning. A French report in August on 120 patients who had been hospitalised found that 34 per cent had memory loss and 27 per cent had concentration problems months later.

In a soon-to-be-published survey of 3,930 members of Survivor Corps, a group of people who have connected to discuss life after Covid, more than half reported difficulty concentrating or focusing, said Natalie Lambert, an associate research professor at Indiana University school of medicine, who helped lead the study.

It was the fourth most common symptom out of the 101 long-term and short-term physical, neurological and psychological conditions that survivors reported. Memory problems, dizziness or confusion were reported by one-third or more respondents.

It feels as though I am under anaesthesia

“It is debilitating,” said 60-year-old Rick Sullivan, who has had episodes of brain fog since July after overcoming a several-week bout with Covid-19 breathing problems and body aches. “I become almost catatonic. It feels as though I am under anaesthesia.”

When 31-year-old Erica Taylor contracted the virus in mid-June she thought she would need only a brief break from working as a lawyer. But she became so disoriented that she washed her TV remote with her clothes and had to return a foster dog she had recently taken in because she could not trust herself to care for a pet.

One morning “everything in my brain was white static”, she said. “I was sitting on the edge of the bed, crying and feeling, ‘something’s wrong; I should be asking for help,’ but I couldn’t remember who or what I should be asking. I forgot who I was and where I was.”

By July she thought she had improved and told her boss she could return. But after another “white static” episode, she messaged him: “‘I’m scared. I really want to get back to work. But I keep getting really tired and really confused’.” He suggested she rest and heal.

She resumed working in early August, but her mind wandered, and reading emails was “like reading Greek”. By September her employer urged a 13-week leave. “They finally landed on ‘you’re going to have to step away’,” said Taylor. “I’m gutted, to be honest.”

Michael Reagan (50), who spent five days in and out of hospitals, initially resumed work as a vascular specialist for a company that makes stents and catheters. However, finger tremors and seizures, neurological symptoms that sometimes accompany brain fog, meant “there is no way I’m going to go into surgery and teach a doctor how to suture an artery”, he said.

In meetings “I can’t find words,” said Reagan, who has now taken a leave. “I feel like I sound like an idiot.”

Before Lisa Mizelle contracted the virus in July and was hospitalised with pneumonia for five days in August, she had treat six patients an hour by herself at her clinic. But recently, she said, “I told our scheduler I can’t work alone because I’m slow in thinking, I’m dizzy, and I just need somebody else there to work with me.”

I haven’t killed anybody yet

Sometimes in exam rooms, she said, “I’m trying to be slick with the patient so they don’t know, because you don’t want your provider to be in a fog, which is very scary.”

She has forgotten to order cultures for urinary infections, but a lab technician caught it, saying, “I’ve got you, Lisa,” Mizelle said. “As far as I know I have not made a mistake,” she said, adding that things have recently improved slightly. “I haven’t killed anybody yet.”

Brain fog’s cause is a mystery partly because symptoms are so varied.

“The simplest answer is, people still have persistent immune activation after the initial infection subsided,” said Dr Avindra Nath, chief of infections of the nervous system at the American National Institute of Neurological Disorders and Stroke.

Inflammation in blood vessels, or cells lining the vessels, may be involved, said Dr Serena Spudich, chief of neurological infections and global neurology at Yale school of medicine. Inflammatory molecules, released in effective immune responses, “can also be sort of toxins, particularly to the brain”, she said.

Tiny strokes may cause some symptoms, said Dr Dona Kim Murphey, a neurologist and neuroscientist, who herself has experienced post-Covid neurological issues, including “alien hand syndrome” in which she felt a “super-bizarre sense of my left hand, like I didn’t understand why it was positioned the way it was, and I was really captivated by it”

Dr Murphey, scientific director for a brain wave technology company, who could not summon the word “work” in a recent meeting, said research is crucial so symptoms are taken seriously. “People say in a disparaging way, ‘it’s all in their head.’ In this case it is literally in our heads, and it is very real.”

This summer Reagan, the vascular medicine specialist, turned the stove on to cook eggs and then absentmindedly left to walk the dog, Wolff-Parkinson-White, named after a cardiac arrhythmia. Returning to discover a dangerously hot empty pan, he panicked and has not cooked since.

He has forgotten Christmas 2019, New Year’s and a Paris holiday in March that he arranged for his partner Mustafa Al Niama’s 40th birthday.

“I look at all my pictures of Paris, trying to remember,” he said, showing a selfie of the couple at the Mona Lisa in the Louvre. “We went and saw a Madonna concert. We went to the Eiffel Tower. We went to the Catacombs. And I remember nothing, nothing at all.”

I become angry when people talk to me

Sullivan navigates a spectrum of cognitive speed bumps. In the mildest state, which he calls “fluffy”, his head feels heavy.

In the middling phase, “fuzzy,” he said “I become angry when people talk to me because it hurts my brain to try and pay attention”.

Most severe is “fog,” when “I cannot function” and “I sit and stare, unmotivated to move, my mind racing”.

Even slight mental or physical exertion can trigger his fog, and Sullivan, laid off before the pandemic from a senior position with a photography company, said many days he could manage only two responsibilities: “clean the kitty litter and pick up dog poop.”

Experts advise people with brain fog to see doctors to rule out other medical conditions and treat remaining physical symptoms. Mizelle, Reagan, Taylor and others are consulting cardiologists and other specialists, along with neurologists.

Doctors said Some symptoms may improve or evaporate with time. And some patients are devising workarounds or makeshift recovery exercises. – New York Times

Read: Covid and the brain: ‘This has taken almost everything that is me away from me’