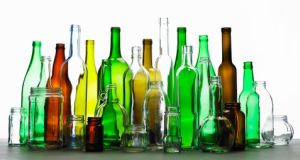 Why should the alcohol industry be allowed to promote alcohol as though it is a risk-free gateway to good cheer, good fellowship, sporting achievement and general life fulfilment and nothing else?

Three people will die in Irish hospitals today from alcoholism. On the way to the funeral parlour there’s a good chance they will pass large billboards promoting the wonders of drinking.

If those who survive them are into sports, then alcohol will be pushed at them through the industry’s sponsorship of that sector.

Back to those three people who are dying today (not to mention those who will die from other causes but who didn’t look after themselves because they were drinking). It’s very easy to write off and marginalise those people – to think that well, they didn’t use alcohol sensibly, did they? So what about them?

But those people were not much different to you and me. Like many of us, they found that drinking did, indeed, make them feel better and brought good cheer and fulfilled its promise. They were probably, for the most part, people who went out to work and raised families, sometimes doing a very good job of it.

Most of those they drank with suffered no ill effects apart from the occasional hangover.

But for some, for too many, alcohol finally got its claws into them and it didn’t let go and so they are gone to an early grave.

What’s really important to me, though, is never to buy into the idea that there was something “wrong” with these people, that they were somehow less worthy than the rest of us. Once you accept that, then I think you begin to look at the situation differently.

For instance, alcohol has never done me any harm – though I don’t drink at the moment – and I have no objection whatsoever to the widespread sale and consumption of alcohol. But given what it can do to people when it goes wrong, and given how often it goes wrong, why should the alcohol industry be allowed to promote alcohol as though it is a risk-free gateway to good cheer, good fellowship, sporting achievement and general life fulfilment and nothing else?

I was led into this line of thought by a statement from Alcohol Action Ireland, which pointed out that last year’s fall in per capita consumption to 11 litres of pure alcohol (for those aged 15 and over) is still above the figure for the year before last.

I was struck to see that in 1960 the average consumption per head was only 4.9 litres. Why was consumption so low? Partly, I expect, because women didn’t drink much at the time, and if they went into a pub they sat in the snug, where they might have a small sherry.

Still, drinking has gone up remarkably in that time and consumption in Ireland increased by 46 per cent between 1987 and 2001.

The death toll from alcohol would not be tolerated for any other drug. Drinking is part of our culture, though, it’s here to stay and, as I said earlier, I have no objection whatsoever to that fact.

But it’s risky and I have a strong objection to allowing the drinks industry to promote its products through advertising, sponsorship and online methods.

The Public Health (Alcohol) Bill of 2015 will go some way towards addressing these issues, if it’s ever law, but only some of the way.

The bottom line? By all means, let’s “eat, drink and be merry”, but don’t let the alcohol industry get away with trying to make us forget that for some people, including some good, decent people, it will be a case of “tomorrow you die”.

Padraig O’Morain (pomorain@yahoo.com) is accredited by the Irish Association for Counselling and Psychotherapy. His latest book is Mindfulness for Worriers. His daily mindfulness reminder is free by email @PadraigOMorain

The pick of the Dublin restaurant meals to go
8