Where to go for brunch

Gather the troops and fortify yourselves for the season of shopping, eating and making merry 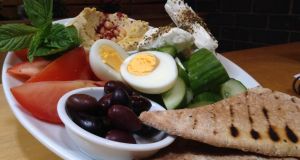 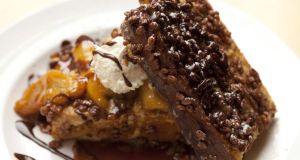 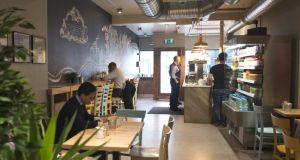 Tis the season of goodwill to all men, right? Even those who have opened achingly hip cafes and hotels. So, no grousing about the two new brunch venues I visited recently. Actually, sod that. Here goes. Dean Hotel, you have a gorgeous glass box on the roof in Sophie’s Restaurant. But heels of white sliced pan toast don’t belong in it. “Is that ironic? Is it a sort of hipster ironic bread or did they just run out to Spar when I asked for toast?” my friend asks from under an arched brow.

In fairness they haven’t started doing brunch. This is Saturday morning breakfast. But there is so little on offer from the menu it’s like a redacted statement from Garda HQ, whose mirrored windows glint across the way. The whole place feels like it’s still being built around us and it seems (heavy sigh) the last thing they’ve thought about has been the food.

In the end, after a series of pratfalls and no-shows that would make Basil Fawlty blush, and thanks to a “computer problem” Sophie’s Restaurant doesn’t charge us for breakfast. Brunch is coming, I see people saying on Twitter a few days later. I only hope they’ve figured things out a bit better by now.

And then to Sister Sadie, where I was pretty sure the food would be better. And it is. It’s the sister to Capel Street’s Brother Hubbards, in the former Cafe Tiesan on Dublin’s Harrington Street.

I get a properly creamy bowl of porridge with hot pings of candied ginger and seeds stirred through it. The brown sugar is in a dinky copper bowl and the tables and stools are so lovingly designed it’s like sitting on a piece of human earnestness.

But the room? It feels like being in a diorama as the traffic and buses stream by on Harrington Street outside. It’s about as cosy as a museum glass cabinet.

There are actual blank canvases on the wall and copper lights eyeing you curiously from the ceiling, like plumbing fixtures mutated with vines. Maybe when it’s full of people brunching (they only opened weekdays at the start, but do weekend brunch now) the stiff edges will soften and the room will work. I’m not writing either venue off just yet.

So that’s two brunch newbies. At this time of the year, we need some veterans, because brunch is the business over the coming days. It’s the perfect way to gather with friends or family, a statement of intent that you are in relaxed mode. You’ve posted your out of office email, switched the phone to silent, dripped maple syrup on your copy of The Irish Times and the table is laden with a hot helping of eggy carbs.

Mayfield. The Kevins (one the chef, the other the manager) serve their French toast made with brioche. The menu also has housemade granola, bagels or the Mayfield breakfast in a pie – bacon, sausage, pudding, roast tomato with egg and creme fraiche. Spice seekers might go for the rancheros poached eggs, tortilla, cheddar, spiced beans, chorizo, avocado, salsa and sour cream. Mayfield has grown out of its tiny butcher’s shop into a quirky and spacious set of rooms next door. If you’re lucky there’ll be music too. Mayfield, 7 and 11 Terenure Road North, Dublin 6W, tel: 01-492 6830

on Dublin’s Ormond Quay has a brunch offering of buttermilk pancakes with berries and lavender honey; haddock smokies with pickled cucumber and toast, or roasted pumpkin wedges with quinoa, rocket,eggs and marjoram yoghurt. Lots of the evening favourites are also on at brunch time, including curried crab claws on toast with samphire, which sound like it shouldn’t work, but it does. The Woollen Mills 42 Ormond Quay Lower Dublin 1, tel: 01-828 0835 Joe Macken and Jamie Heaslip’s

has added a red flannel hash, which is made with steak, beets, potato, fried eggs and hot sauce, to their great brunch menu since I last ate there. They still have the stonkingly good chestnut mushrooms with miso butter on sourdough with avocado. And now they also stuff their French toast with pineapple and cream cheese, which sounds as decadent as brunches get. 34-35 South William St, Dublin 2, tel: 01-474 4888

But then you look at Temple Garner’s

brunch of champions and you go for the full cardiac arrest portions of a striploin steak with two fried eggs, home fries and hollandaise.

Here, French toast is pimped to the hilt with salt caramelised bananas, peanut butter and mascarpone whipped cream. And there are plenty of simpler dishes such as pulled ham hock potato cakes. San Lorenzo’s South Great George’s St Dublin 2, tel: 01-478 9383. Over at

on Dublin’s Capel Street, they do a Greek omelette with feta, spinach and olives dressed with sumac and za’atar. Their middle eastern breakfast plate is a feed of egg, hummus, feta, cucumber tomato, fresh mint. Brother Hubbard, 153 Capel St, Dublin 1

Only open on Saturdays, but at least the work crowds should be fewer, the

My friend Sarah Kennedy has been giving the lucky residents of Fairview and Raheny hearty brunch specials every weekend at Kennedy’s, along with good eggs and meat breakfast staples and healthy sugar-free muesli and yoghurt. Kennedy’s, 5 Fairview Strand, Fairview, tel: 01-833 1400 or The Hilltop, Belmont Park, Raheny, tel: 01-851 3000

In the cosy surroundings of Hatch & Sons in the basement of Dublin’s Little Museum they’ll make Kilbeggan porridge like you’d make at home, if you could be bothered. They also do double baked eggs with brown soda bread. Hatch and Sons, Little Museum of Dublin, 15 St Stephen’s Green, Dublin 2, tel: 01-661 0075

For a posher sit down brunch Forest Avenue does a €26 tasting menu brunch with coffee and shortbread, yoghurt and granola, fish cake with fried egg and romesco sauce, chicken, celeriac, potato and mushrooms and finishing with a coconut panna cotta. Forest Avenue, 8 Sussex Terrace, Dublin 4, tel: 01-667 8337

Jess Murphy’s Kai in Galway doesn’t do brunch but her lunch starts at noon, with seasonal cooking specials such as spanakopita or a layered Greek spinach pie with feta cheese. She also does a Connemara smokehouse board of their smoked salmon, peppered mackerel and fennel slaw. Kai Café and Restaurant, 20 Sea Road, Galway, tel: 091-526 003

The Salt Yard in Kilkenny opens at 12.30pm, but their tapas menu is full of brunch staples such as patatas bravas, calamari and chorizo cooked in Highbank Orchard cider. The Salt Yard, Friary St, Kilkenny, tel: 056-770 3644.