Wake up the palate 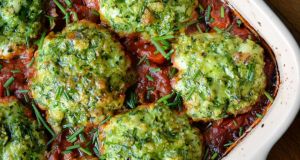 Okay, so it’s been a bit slow in coming, but we’re well into March now we can safely say that Spring is (finally) here. I mean, there are blazing drifts of daffodils everywhere, so no-one can deny it, surely?

And as we drag our sluggish, fresh-out-of-hibernation bodies over the Winter finishing line, with it often comes a desire to shift up a gear on the food front: lighter flavours (think fresh-cut herbs, the squeeze of citrus, subtle, aromatic spices), grub that’s not quite so keen to stick to your ribs and a determination to knock the whole stew/casserole/pie thing firmly on the head. Well, at least for this year anyway.

For me, nothing signals the move into Spring quite like the flavour of lemons. Lemons have to be one of the best things to have on standby - a real store cupboard hero. Few basic ingredients have this versatile, sunny little fruit’s ability to lift a dish out of the ordinary, through the addition of zest, juice or both. If you don’t believe me, just try this simple little number.

Take some cold, leftover boiled spuds (preferably fluffy ones like Maris Piper or Rooster), cube them, and brown in some butter and olive oil. So far, so ordinary - right? But wait. Next, turn the heat down and add some finely crushed garlic. Cook out until the garlic is softened. The final flourish is, yes, a good knob of butter, some sea salt & pepper and the juice of half a lemon. Toss in a semi-desultory manner until the butter and juice are absorbed. Serve with roast chicken and a green salad. Yum.

So for the first of this week’s recipes, it was to the faithful little lemon that I turned -this time, for a dessert. Lemon has an amazing affinity with fennel; the aniseedy warmth of the spice balances lemons’ sharpness. For this fudgey, smooth lemon posset, the key is to skim off the air bubbles after you’ve sieved out the fennel; it means the mixture of double cream/sugar/lemon juice sets perfectly - just the right density to dip into with the crisp, buttery biscotti.

The second recipe is for fishcakes that are heavy on fresh herbs and accompanied by piquant tomato sauce. The original Ottolenghi recipe calls for them to be pan-fried first, but for the sake of simplicity, I just placed the raw patties straight onto a sauce that was given some extra oomph (fish-sauce) and bunged it in the oven. And it works perfectly. A real wake-up call for the palate, so recommended eating for those still emerging from hibernation.