Twitter helped me find a home, make friends and gives me my daily bread

Russ Parsons: After I was hacked I realised realised just how important the platform has been to my Irish existence 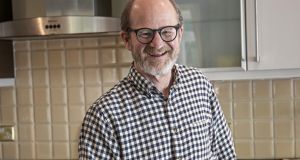 Russ Parsons: ‘I’ve always thought of Twitter as being a little like having a charming psychopath you can carry around in your pocket’

As social media crises go, this one was minor. But a couple of weeks ago, my Twitter account was hacked. Thankfully, there was no imposter tweeting out cat videos or MAGA memes, but it did result in me being locked out for more than a week.

After several days without response to my pleas for help from Twitter headquarters, I started a second account. My intention was to start afresh and winnow through the myriad contacts I’d built up over the years, this time limiting myself just to the accounts I found essential.

What surprised me was how hard that was to do, especially when it came to my Irish contacts.

Sure, I could do with fewer opinions on American professional basketball, and it was kind of a relief to be free of some of the political commentary that had seemed so vital over the past four years.

But for the most part, my Irish Twitter connections were untouchable. During this weird pandemic year since we moved here, they’ve been an absolute godsend.

I’ve always thought of Twitter as being a little like having a charming psychopath you can carry around in your pocket. It can be informative and entertaining, but it can turn vicious in a heartbeat. The advantage is that when it does, you can just scroll down, usually before too much damage has been inflicted.

But it was while sorting through my contacts that I realised just how important Twitter has been to my Irish existence. Thinking about it, this shouldn’t have been a huge shock. After all, we ended up in our wonderful Irish house through Twitter.

It’s a funny story. On a visit to Waterford a couple of years ago, I was pushing my granddaughter in her pram around the neighbourhood when I noticed that one of the houses nearby had a blue historical marker plaque.

When I got close enough to read it, I was gobsmacked to find that the novelist Raymond Chandler had grown up in the house. In southern California, Raymond Chandler is like a cross between James Joyce and Roddy Doyle. His novels defined the hard-bitten detective genre that is Los Angeles’ great contribution to literature. I didn’t know he was Irish, much less from Waterford.

I took a picture, posted it on Twitter, tagging a couple of mystery writer friends I thought would be interested. A couple of weeks later I got a private message along the lines of “Next time you’re in town, knock on the door and I’ll give you a tour.” Somehow the owner of the house had found my tweet.

When we returned to Ireland last year, we finally made connections, via Twitter, of course. We were to come to the house for drinks at 5pm. Understand that we knew nothing at all about who lived there, so it was with a bit of trepidation that we knocked on the front door.

But when we left six hours later, after not only drinks but a grand dinner, Francis Coll and Kevin Costello had become not only great friends, they’d offered to connect us with the Kelly family who own the house next door to them, that we’re now renting (and who, by the way, have also become great friends).

Come to think of it, I’m only appearing in these pages thanks to Twitter. I’d mentioned in a tweet that I had moved to Ireland with only three knives. Marie-Claire Digby spotted it and asked me to turn it into a story, which turned into these regular appearances, for her sins.

I even get my daily bread from Twitter, literally. It’s almost like a drug deal. My favourite sourdough baker, Beatha Bakery in Waterford, tweets a list of available baked goods every Monday. I pay online and at the appointed time pick up my order in the parking lot behind my local.

Particularly during the first lockdown, just after we’d arrived, when movement was restricted to just 2km from home, folks on Twitter provided a virtual pub. I was able to meet people and explore the area without violating any of the restrictions.

Julie Ward, who works at the local Ardkeen grocery, started a long-running thread called “Where in Waterford,” where people, including local historians and even the mayor, posted pictures of lesser-known sites around town, often with explanations of their importance and lore. It was the next best thing to being at the bar at Phil Grimes Pub.

And, of course, it was Twitter that has connected me with so much of the Irish food scene -not just restaurants, but farmers, butchers, cheesemakers and others.

In fact, one of my favourite accounts is called simply “Ireland’s Farmers” and it consists of one farmer every week highlighting what makes his or her piece of the island special.

You get lots of videos of cows being milked and sheep being born and pictures of tractors, but also wonderful stories of the magic that ties people to their particular place.

In these pandemic days, that’s enough to make me put up with even the rankest troll and hacker.