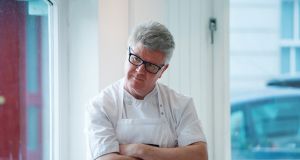 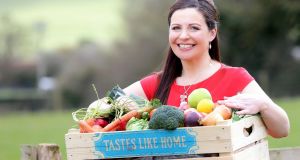 If you’d like Catherine Fulvio to bring a taste of home to a family member living abroad, apply now

Paul and Máire Flynn of The Tannery restaurant are difficult people to say no to. Even so, Paul had to make a special pilgrimage to Kent to persuade Stephen Harris to come to the West Waterford Festival of Food (April 21st-23rd) and cook dinner in the restaurant as part of the programme for the festival’s 10th anniversary.

Harris, a former history teacher who was voted cookery writer of the year for his column in the Telegraph, is chef patron at The Sportsman in Kent. Its Twitter account describes it as a “grotty rundown pub by the sea”, but the accolades and honours that have been bestowed on this darling of the critics would suggest otherwise.

Ox restaurant in Belfast, which is hosting a St Patrick’s Day dinner in London in association with Tourism Ireland, will also cook Sunday lunch at The Tannery during the festival. Waterford chefs Shane McGrath (Cliff House Hotel), Darren Collins (The Olive Tree) and Paula Hannigan (Waterford Castle) will team up for a Showcase Waterford Dinner, and the popular restaurant trails, with each of three courses taken in a different restaurant, will also return.

The full programme of events is at westwaterfordfestivaloffood.com.

RTÉ One’s Tastes Like Home, which saw TV presenter, cookery tutor and food writer Catherine Fulvio jetting off around the world to cook a variety of ex-pats a favourite family meal, was one of last year’s better food programmes.

It’s coming back for a second season, and six more Irish families will have Fulvio bridge the gap between home and away when she learns first-hand how to make the family favourite, then reproduces it abroad.

Those who are successful will host Fulvio in their home and teach her how to recreate the dish. She will then criss-cross the globe, bringing a taste of home to faraway places.

Application forms are available from Londis stores, online at londis.ie and tasteslikehome.ie. The closing date is March 16th.

The spring harvest is under way at Tús Nua Farm in Co Wexford, where the produce that goes into the Wild About range of pestos, preserves, syrups and chutneys is grown.

Wild garlic and spring rhubarb are what Fiona and Malcolm Falconer are harvesting now, and their new season wild garlic pesto is now available. It comes in two varieties – one with Grana Padano cheese, and a dairy-free variety without.

“It’s anti-bacterial, anti-viral (brilliant for that viral flu that is still hanging around), pro-biotic and packed with folic acid, Fiona says.

“It has taken over from nettle pesto as our bestseller, but its season is so much shorter. I noticed harvesting this morning that the flowers are already beginning to show which means it will be over and done soon.”

Because it’s a raw food with no added preservatives, the wild garlic pesto it has to be refrigerated, but it has a reasonably long shelf life.

Wild About’s rhubarb syrup is served with Champagne as a cocktail in Aer Lingus transatlantic premier cabins. It’s only made with spring rhubarb, and the recipe has been slightly tweaked this year. Fiona suggests using it in a mojito, or in hot water as a tea. Both cost €4.50 are available online at wildabout.ie.