Too hot? Too cold? Just right: Search on for the perfect porridge

Foodfile: Blackcurrant cordials, porridge and activated nuts are among this week’s treats 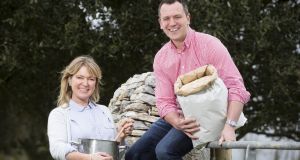 Water or milk? Sugar or salt? Those are just some of the choices facing entrants in Ireland’s first porridge-making championship, which will be a highlight of the Cullahill Fair in Co Laois on July 21st.

The competition is sponsored by Paddy O’Connell of PaddyO’s Cereals, who was Ireland’s first representative at the World Porridge Making Championships in Scotland last October.

There will be two categories of competition, for traditional porridge made only with three ingredients – oats, water and salt – and speciality, which can be a recipe for anything from dessert to “risotto”, made with oats.

The winner of the traditional category will take home The Emerald Spurtle, a spurtle being a Scottish wooden kitchen took used for making porridge, stews and broths. It is being crafted for the competition by woodturner Alan Meredith, using Laois bog wood.

They will also represent Ireland at the next world championships in Scotland, with flights and accommodation provided. Entries are being accepted at cullahill.ie until June 10th, and the entry fee is €20.

Wexford farmer Des Jeffares, who until 2013 exported 200 tonnes of blackcurrants to the UK every year to be made into Ribena, has added a sparkling blackcurrant drink to the cordial he now makes with his crop.

The Mr Jeffares Blackcurrants branded drinks contain no added sugar, artificial additives or preservatives. The cordial, lightly sparkling blackcurrant drink, and punnets of farm-frozen blackcurrants, topped and tailed and ready for use, can be purchased online at mrjeffaresblackcurrants.ie.

Activated nuts have gone through a process of soaking, sprouting, and sometimes seasoning. They are also dried at a low temperature, making them appealingly crunchy. The reason for all that extra work is to make them easier to digest and absorb.

They also taste a lot more delicious, particularly if they are the Nutmost brand created by husband and wife team Andrew Wynne and Holly White. Wynne was working in sales and marketing in his family’s agri-business company when he was won over by the activated nuts White was making in their kitchen. White, a journalist and broadcaster, trained in vegan cooking in London, and does demonstrations on an introduction to vegan cuisine.

They went into production with the product, and an appearance by Wynne on Dragons’ Den saw food entrepreneur Alison Cowzer make them an offer for a share in the company. However, the couple decided not to proceed once the cameras stopped rolling.

They have now outsourced production and currently have three varieties – tamari organic almonds, Himalyan salted organic almonds and maple walnuts – on sale in SuperValu, Fresh and independent retailers and health food stores. They are also available online at nutmost.ie and cost €3 for a 50g resealable packet.

Every Friday this summer, from June 1st, Fitzpatrick Castle Hotel, in Killiney, Co Dublin, will host a “bottomless” barbecue. There will be burgers, sausages, pork chops, ribs and swordfish steaks on the grill, with sides of corn, baked potato, garlic bread and salads, and Eton Mess for dessert. With free-flowing Italian sparkling wine, the deal will be available for €32 between 6pm and 8pm.

The Exchequer Wine Bar in Ranelagh, Dublin 6, has brought in a dog-friendly policy, with canines and their humans welcome at the sunny side terrace Thursdays to Sundays. It’s a move in keeping with the wine bar’s “neighbourhood restaurant” vibe. Water bowls provided, and shade if required.