Takeaway review: Street food that is worth travelling for 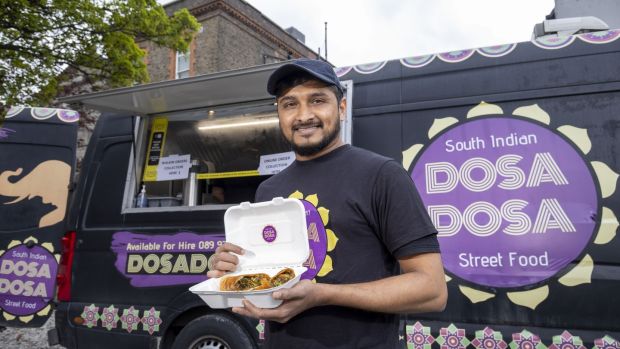 Anyone who follows Nigella Lawson on Instagram will know that she serves up a very appetising recipe of the day, every day. But one day, she posted what amounted to homework. So, I signed up for a “food, culture and mindset workshop”, something she said had given her “much to think about and work on”.

After two hours of listening to the presenter, Mallika Basu, who is a food entrepreneur and author of two cookbooks on Indian food, I too had plenty to consider.

It is easy to be dismissive of cultural appropriation, particularly when it’s condensed into celebrity-led headlines that fail to get to the core of the matter. Jamie Oliver flogging punchy jerk rice. Doesn’t he know that jerk seasoning is for chicken, not rice? You can’t be messing around with another country’s recipes.

But it is so much more complicated than that. And too often, we expect that the food from a region, let alone a country or whole continent, can be summed up in the time it takes to pack a ready-made Bengali turmeric curry. Not that there is such a thing, which Basu, who grew up in Bengal, was quick to point out to M&S.

And then there’s the question of the words we use and how we describe the food of another country. Porridge? Plain old. Dosa? Now that’s an exotic breakfast. Except it is far from exotic to more than one billion people who think of it as simple every day food, and to use the word in this context amounts to “othering”, a lazy and offensive way of saying “not Irish”. Which you have to admit, is a bit rude.

A dosa is a thin pancake, similar to a galette, from South India, which involves considerably more elbow grease than a pot of porridge. To prepare them, Karthik Thiru, owner of the Dosa Dosa food truck, soaks rice and lentils for six hours, grinds this mixture, and leaves the batter to ferment. It is not what you’d expect a software engineer to be doing at the weekends, but he was missing the taste of home, and soon found that there were plenty more like him.

It is takeaway, but like most of the others who have queued before the shutters lifted at 1pm, we devour our dosas on the spot. They are crisp and golden, folded over a filling, one of them of masala potato, €8.50, that glimmers with the yellow of turmeric and a myriad of other spices. The other, a Chettinad chicken dosa, €9.99, is spicier but equally delicious. As is traditional, we dip them into a small tub of warm sambar, a lentil soup which packs spices, heat and a sour note from tamarind; alternating with coconut and coriander chutneys.

The sambar, Thiru tells me afterwards, is made in three different stages, the spices layered up as it cooks, and is finished with fresh sambal powder. It is what he is most proud of, as it originates from Thanjavur, the city in the Indian state of Tamil Nadu where he grew up.

Similarly, the other dishes we try are nuanced with spice and come with condiments. The mixed vegetable uttapam, €10, is a thicker, more doughy style of pancake with small pieces of chopped vegetables; and the chicken kothu parotta, €12, is a savoury mix of shredded flatbread with stir-fried chicken and onion, with a little tub of chunky raita.

This is not food that’s been sucked through the corporate channels of a focus group and spewed out in a manufacturing plant. It is the food of Thiru’s home. There are plans to make Dosa Dosa more permanent, with a container, benches for diners and a stretch tent in case, well you know, rain. Not only is this an opportunity to eat great food, it is also an opportunity to learn, which really is quite wonderful.

How much should you pay for a good bottle of wine?