Ottolenghi and Redzepi coming to Ireland 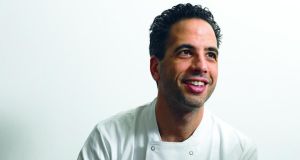 Middle Eastern food expert Yotam Ottolenghi and René Redzepi of Noma restaurant in Copenhagen will headline the second Ballymaloe Literary Festival of Food & Wine in Co Cork next May. They will be joined at the three-day event by another stellar line-up of the world’s best food writers including Diana Kennedy, a world authority on Mexican food; Australia’s Maggie Beer, and the English chef and writer Simon Hopkinson. Lilian Barton of Château Léoville-Barton in Bordeaux will be a big draw for wine enthusiasts.

Irish interest will come from Ross Lewis, whose Chapter One: An Irish Food Story has just been published, as well as Paul Flynn of the Tannery restaurant, Clodagh McKenna of Clodagh’s Kitchen. An artisan food market and fringe events will take place in “The Big Shed” at Ballymaloe House, with the cookery demonstrations located at the nearby Cookery School.

The programme for LitFest 2014, which takes place on May 16th-18th, will be finalised next month and gift tokens towards attendance fees will be available before Christmas, with online booking in January. See litfest.ie