Moving out of home is wonderful ... until you realise takeaways are expensive 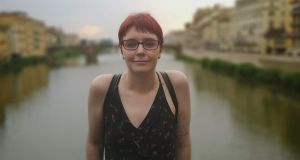 The excitement of moving out of home for the first time is wonderful. You now have the freedom to do what you want without asking anyone’s permission.

You can have people over, stay in bed all day watching Netflix, and eat as many takeaways as you want.

That is until you realise that takeaways are actually quite expensive and aren’t going to give you all the nutritional value that you need.

I learned this cold truth about a month after moving out of my family home in Straffan, Co Kildare. This wasn’t the first time I’d moved out as I lived in Germany for a semester of college. However, I stuck to four very simple recipes that I ate every week for those three months.

I haven’t touched a chicken stir fry since.

This time had to be different. I was going to be managing my own diet meaning I was going to have to learn how to cook. It was a terrifying prospect.

When I first start cooking for myself, my go-to meal was usually pasta. I started with pasta and a stir-in sauce, adding some bacon bits or chorizo so I could say I “added” something. The same went for a chicken Kiev that I threw in the oven with some chips. I then added some frozen vegetables of some description so at least if my mother rang, I could tell her that I was eating my greens.

However, this all became a bit boring and I realised that rather than cooking, I was just surviving. So I began looking around for simple recipes on the internet. A friend recommended mobkitchen.co.uk, which is a recipe website was aimed at students. The recipes were simple, healthy and cheap. The beauty of them was that they allowed me to start cooking with food that I’d never thought of before. Soon I was whipping up a baked mac and cheese with butternut squash and chorizo that my brother liked it so much he went back for seconds, something he’s never done before.

Having mastered a few basic recipes, I then turned my attention to my vegetable intake. Being a very picky eater, I don’t eat much fruit so my vegetables are important to me. However, when you cook for yourself, your vegetables can go off very quickly. Then I discovered frozen spinach and without sounding too melodramatic, it changed my life. For as little as €2.50, I could buy two bags of frozen spinach and add them to every meal. My run-of-the-mill pasta dish became that little bit healthier with a touch of spinach. If I was making a risotto, I would fire some spinach in at the end to make it a bit greener. I felt like I’d be influenced by Popeye.

Having declared my love for spinach, I decided that I needed to add to my vegetable list. The next vegetable that caught my eye was asparagus. My friend Áine had cooked me a gorgeous lemon and garlic butter pasta dish with steamed asparagus a few months ago. It was the gateway recipe. Next thing I knew, I was searching for recipes where I could use asparagus. It too was fired into every pasta and risotto recipe I had as well as being roasted, steamed, fried and boiled. Whatever you could do to make asparagus taste delicious, I was doing it.

See, the beauty of learning how to cook is being able to experiment. I was only cooking for myself so I could cook exactly what I wanted. Slowly, I began to stop seeing cooking for myself as a chore but rather a ritual. I could turn on a podcast and chop my vegetables. I could prepare something that was just for me rather than order yet another 3-in-1. Don’t get me wrong, I still order a takeaway on a Friday but most other nights, I’m eating something resembling a balanced diet.

What I’ve learned is that cooking doesn’t have to be hard.

Here are some things I’ve learnt:

HPV vaccine: A complete guide to immunising daughters and sons
7

Coronavirus: ‘I’ve planned a holiday to northern Italy. Should I cancel?’
8