Food File: From restaurant demos and new openings to hot cross buns, this month has it all 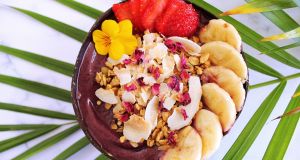 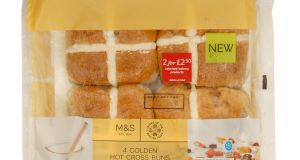 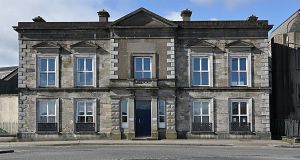 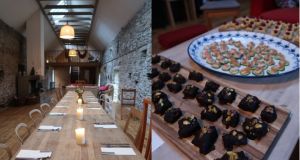 Yoga retreat without the deprivation. 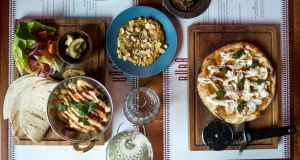 Is Stoneybatter the new vegan hub for Dublin?

One of the few good things to come from a city’s rising rents and rates is that inevitably it pushes creatives and budding entrepreneurs outside the city centre’s walls to create communities elsewhere. This is happening at a fast pace in Stoneybatter, where three new vegan eateries are set to open in the next month. Kale + Coco (kaleandcoco.com), the people who brought smoothie bowls to the city, open their first permanent site on Grangegorman Road Lower next Friday. Beo, a new vegan cafe and soon-to-be wine bar (when it gets its licence; to start, it will be BYOB), is also due to open on Friday on Manor Street, and V-face (http://vface.ie/), the pop-up vegan burger stall that’s been lauded by vegans and non-vegans alike, has secured a site on North Brunswick Street. It hopes to be open in the next month. Up to recently vegans haven’t been spoilt for choice when it comes to eating in Dublin, but soon they will be in Stoneybatter.

All this week Belfast restaurants have been taking part in Belfast Restaurant Week (https://belfastrestaurantweek.org/), and there’s still time to partake in the initiative started by Belfast City Council and Visit Belfast to show the diversity of produce and dining options available in the city. More than 25 restaurants are taking part, with some of the city’s best chefs doing demos all weekend at St George’s Market. There’s a food fair at The Bullit Hotel on Saturday from 12pm-3pm, and Sunday sees the “Big Belfast Brunch” taking place across 15 restaurants, with street entertainment across the city. (https://belfastrestaurantweek.org/brunch/)

This summer Dungarvan will see the opening of two new restaurants in “The Old Bank” on Bridge Street, from chef Tom Walsh, formerly head chef at the 1780 Restaurant in the Portmarnock Hotel and Luttrelstown Castle. The building will house two restaurants, with contemporary dining upstairs based on locally grown and produced foods, with the option of á la carte, set or tasting menus, and a more casual Italian downstairs with raw and marinated fish, pastas and risottos. There will also be outside seating, a barbecue area for summer nights and a bakery in the basement to provide the breads and pastries.

The Real Wine Fair, the ultimate wine tasting for natural wine loves, will come to Ireland for the first time this year. More than 25 winemakers will be pouring their wines at the event on Wednesday, May 15th, in The Chocolate Factory in Dublin 1, and tickets for the public are on sale now for €20. (https://iti.ms/2V93W2C)

Detox without the deprivation

Most of us like the idea of a detoxing weekend away, but don’t like the idea of being deprived of food for more than a few hours. Luckily that won’t be an issue with chef Chloe Harris and yoga instructor Molly McKeever’s yoga retreat in Monalea Barn, Wexford from April 12th-14th. The Friday-Sunday retreat caters for all levels of yoga and dietary requirements, and some of the foods served over the weekend include a breakfast grain bowl inspired by LA’s Sqirl café (https://sqirlla.com/), slow-cooked lamb with smoked aubergine yoghurt, and pistachio “snickers”. The weekend costs €350 pps and can be booked by emailing momokokoyoga@gmail.com.