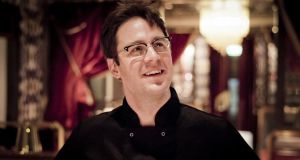 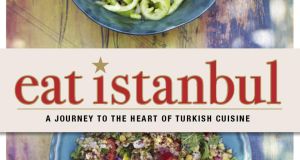 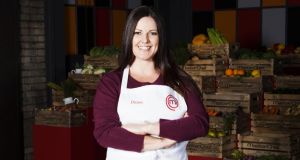 Kitchen kit for ambitious home cooks
Visitors to Taste of Dublin next week might like to visit the Electrolux Secret Ingredient area, where Tim Anderson (above), winner of MasterChef UK 2011, will be cooking. Anderson, who wowed the TV judges with his knowledge of Japanese cuisine and his ability to produce spectacularly refined plates of food, is now cooking professionally and working on a book that will be published in September. At Taste of Dublin, he will be using the new Electrolux CombiSteam SousVide oven to cook dishes such as “rare salmon poke” and “chilli margarita compressed watermelon”, and the demos will be free but must be booked in advance on arrival. The new oven has steam, roast, bake and grill settings, along with a vacuum sealer and sousvide function.

Istanbul hotspots
The Istanbul culinary scene is red hot at the moment. Massimo Bottura, chef patron at world number three Osteria Francescana in Modena, is the latest high profile addition, with the opening last week of his Ristorante Italia in the Eataly outpost in the city. But if you can’t get there, you can still feel as if you’re in the throngs at the bustling food markets and the labyrinth Spice Bazaar with Eat Istanbul, the latest book from writer Andy Harris and photographer David Loftus. There are recipes, of course, but also snapshots, in words and images, of life in this most fascinating food destination. Eat Istanbul: A Journey to the Heart of Turkish Cuisine, is published this week by Quadrille, £20.

Dinner with Yeats
When William Butler Yeats travelled to Stockholm in 1923 to collect his Nobel Prize for Literature, the awards dinner was held in The Grand Hotel, but the menu for that year is missing from the Nobel Prize archives. Alan Fitzmaurice, head chef at The Glasshouse hotel in Sligo, will present his interpretation of what might have been served, at the Yeats Day inaugural Nobel Dinner in Sligo next Thursday. Fitzmaurice’s five-course menu was selected after an initial entry process and a cook-off at St Angela’s College. Tickets (€40) are on sale at the Radisson Blu Hotel which will host the event, which is part of the Só Sligo Food Festival. The festival, which also features the World Irish Stew championship, runs next Wednesday to Sunday, see sosligo.ie. For tickets to the Yeats dinner, tel: 071-9140008.

Cork Food Fest
Wedding planner Peter Kelly is creative director of Experience Fest Cork Summer Show and will be bringing his own brand of pizzazz to the event which combines an agricultural show, music festival and food festival and takes place at Curraheen Village just outside Cork next week (June 13th-15th). MasterChef Ireland winner Diana Dodog and food writer Lilly Higgins will be doing demos in the food village which has attracted more than 100 vendors.

Ross O’Carroll-Kelly: ‘I’ve never been much of a conversationalist, but I’m on fire with this woman’
3

Paul Flynn: I’d crawl over a mountain of nouveau-riche club sandwiches for a nice toastie
8