How’s your local? Ireland’s full of great beers, including this one

Another Round: I’m lucky to have O Brother and a few other great breweries nearby 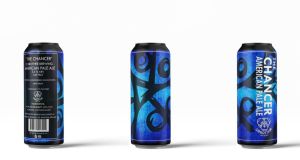 I didn’t stop drinking beer over the past three years; I just stopped writing about it, enjoying Sorcha Hamilton’s suggestions in her Beerista articles instead. Most of the time I chose a local beer. I am lucky in that we have a handful of great breweries in Co Wicklow, where I live, so I was spoilt for choice. When I ventured up to the beautiful Inishowen Peninsula, in Co Donegal, I drank little else other than the great beers from Kinnegar Brewing, in Letterkenny. There were exceptions. Whenever I came across a Mescan Brewery beer, from Co Mayo, I grabbed it.

I promise to spread my wings a little more in this column – although I am going to start with O Brother Brewing, one of my go-to local brewers. It helps that its beers are three for €9 at my local Tesco and O’Briens, as well as at Molloy’s and independents. Depending on my mood, I will go for a Chancer American pale ale or, if I fancy something with a little more kick, a Sinner Indian pale ale.

The brewery was set up in 2014 by three brothers, Barry, Brian and Paddy O’Neill, along with the brewer Richard Barrett, and operates from Kilcoole. They are now exporting to a number of European markets, as well as to Japan and Russia in small amounts.

The Chancer has just been released in cans for the first time. “Internationally there is no interest in bottles,” Barry says. “It is just the Irish conservatism towards cans that has held us back a little, but there has been a sea change over the past year. Lots of breweries are doing it, and consumers now accept it. Cans are better at keeping light and oxygen out, and are very handy for festivals.”

O Brother The Chancer American Pale Ale (widely available, including from Tesco, SuperValu and O’Briens; 5.4 per cent; €3.60-€3.80 a bottle or can) is floral and aromatic, with tropical fruits – pineapples and peaches – and a thirst-quenching, tangy citrus bite that really brings it to life.