Beyond Rioja: There’s so much more to Spanish wine 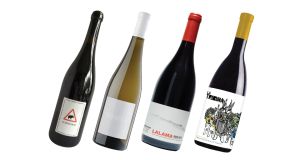 Three under €20, as well as one for your next moment of pure indulgence

For the past four years the Spanish Commercial Office in Dublin has run a highly successful Spanish wine week in May – a series of tastings, dinners and other events around the country. For obvious reasons this year’s wine week will happen later in the year, and will be very different too. However, there are plenty of happenings, online and off, on October 12th-18th. See foodswinesfromspain.com for full details and to sign up.

Sales of Spanish wines have increased significantly in Ireland over the past few years, and now represent 14 per cent of the market, in second place after Chile. I suspect that much of this is made up of Rioja Reserva, one of our favourite red wines. There is, of course, so much more to Spanish wine than Rioja. The country makes so many brilliant, fascinating red, white and sparkling wines. So why not use Spanish Wine week as a way of discovering a whole new side to Spain?

Earlier this year, I listed four great Spanish wines under €20. I could have mentioned another dozen. Here are another three under €20, as well as one for your next moment of pure indulgence. They come from four very different regions and almost all are made from indigenous Spanish grape varieties, too.

I have mentioned the wines of Gredos before. The wines come primarily from Garnacha vines, grown high up on granite slopes. The pioneers in this region were Telmo Rodriguez, followed by Commando G. The wines are pale in colour, exquisitely perfumed with delicate Pinot Noir-like fruits. The El Berrakin here was new to me and is very reasonably priced.

Bodegas El Angosto is in Valencia, a region better known to the Irish for sun holidays, paella and oranges than for wine. Wine production was generally more about volume than quality there until recently. Now cooler vineyards, generally found at higher altitudes, are producing some fascinating individual wines. The La Tribuna below is a take on GSM; Garnacha, Syrah and Monastrell. Only the Syrah is foreign.

I have featured the wines of Ribeira Sacra many times over the past few years. The region has improved beyond all recognition. I had dismissed the wines until I came across a bottle of Dominio do Bibei a decade or so ago. I bought a case straight away. It wasn’t cheap then, and isn’t cheap now, but it is still one of my favourite Spanish wines.

Lastly, if you are on a tight budget, Aldi has the Toro Loco Superior, a blend of Bobal and Tempranillo for an amazing €6.58 a bottle. Even if you cannot join any of the events, next week would be a great time to take another look at what Spain has to offer.