Chief Hopper from ‘Stranger Things’ gets his own beer 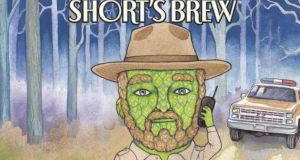 If you’ve been lured back to the intriguing “upside down” world of Stranger Things 2, you’ll know that Sheriff Jim Hopper is the cranky but lovable cop doing his best to set things to right. In the Netflix series he’s a kind of homespun American hero taking on the man in his own way – and inspiring the name of a new beer while he’s at it.

Chief Hopper by Michigan’s Short’s Brewing Company is a big and bitter 9.1 per cent double IPA – the kind of beer you’d want in your fridge after a day facing down evil in an alternate dimension.

You won’t find Chief Hopper on the shelves here, unfortunately, but if you’re looking for something similar to enjoy over a chilly evening there are plenty of quality double IPAs on offer from Irish microbreweries.

Double Irish DIPA comes from Cork brewers 8 Degrees. This is the “bigger, bolder” version of their award-winning Full Irish IPA and it’s got a bright, amber clarity with a sweet, tropical fruit aroma. Made with New World hops, you’ll get a big, assertive bitterness with a hint of pine and orange and it comes in at 8.8 per cent.

Are You Not Entertained is a New England DIPA made by Wexford’s YellowBelly and has a dank, resiny aroma and pours with dark, amber colour and a slight haze. Its flavour profile is juicy and slightly sweet which balances well with a solid finishing bitterness – it tastes less than its 9.5 per cent but it’s definitely a sipper.

Both of these Irish beers are worth a try – in this dimension.